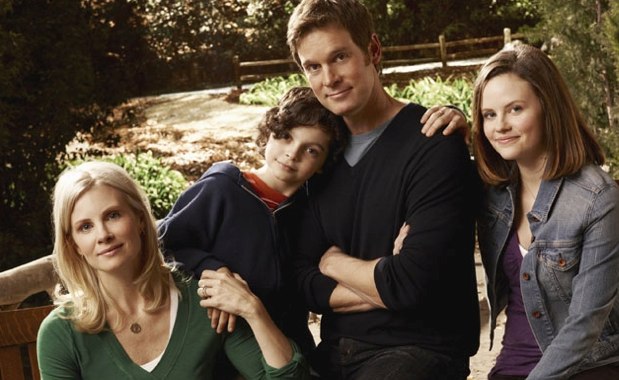 NBC's "Parenthood" is back from hiatus with a new episode tonight.

IFC is building up for their big Friday premieres of "Portlandia" and "The Increasingly Poor Decisions of Todd Margaret." I'll be at the "Portlandia" premiere in New York on Thursday night but I may not be able to get video and text up for you by Friday afternoon. I have seen the first several episodes of "Portlandia" and they are extremely funny with entirely new bits and character as well as some recurring favorites including the militant bike messenger, and the (militant) Women and Women First bookstore. This season we'll see the creator duo of Fred Armisen and Carrie Brownstein leave the confines of Portland and take on Los Angeles in at least one episode.

In the LA episode I've seen, the premiere episode of the season, some would say the focus is on guest star Andy Samberg because he's in the culminating scene but I'd have to say that the essence of LA is captured by LA-based comedian Kumail Nanjiani (a regular at the NerdMelt theater) who plays a waiter at one of those smug and pretentious LA hipster restaurants shockingly similar to many that you can read about here on LAist. Although a lot of things are packed into the season premiere, Nanjiani's performance is the one to look for as we've all run into a know-it-all and manipulative waiter with the shit eating grin - he's perfect!

"Portlandia" will have amazing guest stars including Kristen Wiig, Johnny Marr, Jeff Goldblum, Tim Robbins, and many more that I don't want to list because, since they are playing themselves, giving you the names might be akin to issuing spoilers here. For even more about Brownstein and Armisen, check out this fabulous piece by Margaret Talbot in last week's New Yorker. Tune in to "Portlandia" at 10pm on Friday night on IFC.

Tonight you'll notice that IFC is running a summary show "The Increasingly Necessary Todd Margaret Recap Special" in an effort to get you up to speed for Friday's premiere of "The Increasingly Poor Decisions of Todd Margaret" at 10:30pm. Watch the special and get ready for another great season of the show. I had a chance to speak with David Cross a couple weeks ago and he revealed that it was much easier to write for this season because of all the foundation work done in season one. He and co-writers Shaun Pye and Mark Chappell took the opportunity this season to go to some amazing extremes that I don't want to spoil here other than to say that Todd Margaret will make it to a completely absurd court hearing regarding the various crimes he blundered into in less than two weeks on British soil.

8:00pm Last Man Standing ABC - Season Premiere. Moon Over Kenya A visit from a rising star on the professional fishing circuit leaves Vanessa wondering if Mike feels tied down; Eve and Kristin assume Mandy's decision to become a vegan is a passing phase.

8:30pm Work It ABC - Series Premiere. When unemployed best friends Lee and Angel land sales jobs by dressing up as women, they realize they have a lot to learn if they're going to keep up the ruse.

10:00pm Frontline PBS SoCal/KOCE - Opium Brides Families affected by counter-narcotics efforts in Afghanistan; support for the Taliban by the Pakistani military and its Inter-Services Intelligence.

10:00pm Unforgettable CBS - Season Premiere. Butterfly Effect Carrie and Al suspect the mob may be involved when a construction worker with a promising future is murdered.

10:00pm Body of Proof ABC - Season Premiere. Falling for You Megan investigates the death of a bride on her wedding day; Ethan has a crush on the new girl, but she is interested in someone else.

10:00pm Chopped Food Channel - Chop on Through Fruit and root in the first basket; cut of meat in the entree; cheesy dessert.