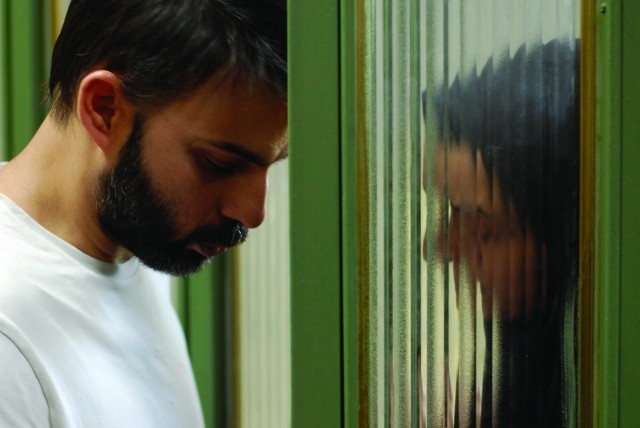 We close out 2011 with three stand-out limited releases. The most buzzworthy is A Separation, Iran's Oscar submission for Best Foreign Language Film. The film has already garnered nominations at the Golden Globes, the Independent Spirit Awards & taken home Golden & Silver Bears (the highest honor at the Berlin International Film Festival) earlier this year. It's even made its way to #110 on the IMDb top 250.

Enough with the acclaim! What's the film about? A Separation chronicles the court proceedings between Nader & Simin, a middle-class couple seeking a divorce. Simin (Leila Hatami) wishes to leave Iran with their daughter Termeh (Sarina Farhadi). Nader (Peyman Maadi) refuses, on the grounds that he cannot leave his ailing father. Simin must prove to an uncaring court that she deserves a separation, while Nader focuses his growing anger on Razieh (Sareh Bayat), a poor, young housekeeper who's clearly unfit to manage his father's advanced Alzheimer's. A Separation opens today at the Royal Theatre and expands next week to Laemmle locales in Encino & Pasadena.

It's somewhat ironic that we get the release of Margaret Thatcher biopic The Iron Lady before London does. Meryl Streep plays the first female Prime Minister in the present day, and throughout 40 years of flashbacks. Events covered range from her rise within the ranks of the Conservative Party and the Falklands War, to controversial policies and fallback. Whether triumphant or unpleasant, her living memories are grounded by appearances from her late husband Denis (Jim Broadbent, Moulin Rouge). While reviews on the film as the whole are mixed, all cite the power of Streep's performance. Director Phyllida Lloyd previously worked with Streep on Mamma Mia!, while screenwriter Abi Morgan recently collaborated with fellow Brit Steve McQueen on Shame. The Iron Lady opens at ArcLight Hollywood & The Landmark.

We close this week a little closer to home with the Brooklyn-set Pariah. Writer/director Dee Rees' first feature expands upon her 2007 short of the same name. Both follow 17-year old poet Alike (uh-lee-kay)'s struggle to come out to her family and come into her own. Unsure how she should act in accordance with her new identity, or even how to dress, she feels out of place in the black, teen & gay communities. Adepero Oduye reprises her role as Alike, with leads Pernell Walker & Sahra Mellesse also returning from the short. Fresh faces include comic royalty Kim Wayans as Alike's mother & TV actors Shamika Cotton (The Wire) & Charles Parnell (All My Children, Crash).

That's all for this year. What films are you looking forward to in 2012? What would you like to see us cover more or less of?