Hollywood Community Plan Proposes Building Up, But Is It What the Neighborhood Needs? 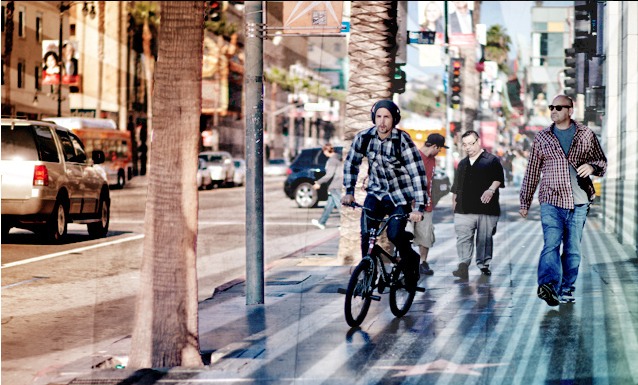 Getting around in Hollywood (Photo by Emmanuel_D.Photography via the LAist Featured Photos pool)

Hooray for improvements in how we can work, live, and hang out in Hollywood. Right? The Hollywood Community Plan, which is about to go before the L.A. City Council for approval, has the support of Mayor Antonio Villaraigosa, who took part in a press conference today on the roof of the historic Hollywood Tower building to talk about planning for the future of the community.

Villaraigosa hails the HCP as a "major milestone in L.A.'s movement toward transit oriented development," according to City News Service. The last time the Plan was updated was back in 1988—as in before there were five Metro Red Line stops in the area covered by the HCP.

Since we can't develop more outward, the plan allows for higher height limits on new buildings, meaning the next step is to build more upwards. People objecting to the plan, which has passed through several stages of review and discussion, including the final EIR report, are concerned this will lead to a more "Manhattan" skyline in the area. (This is not to be confused with people in Manhattan who think there's nothing to do when visiting hotels here than sit by the pool. Ahem.)

Other objections include concerns about increased traffic not being fully addressed, as well as the current glut of housing that is already unoccupied. Further concerns are that census figures show a decline in local population, though Villaraigosa believes population will increase in the coming years.

On the upside of the upwardly mobile HCP, the Hollywood Farmers' Market would not be affected, and, as Councilman Eric Garcetti points out, improvements in Hollywood over the past ten years has led to a 475 percent increase in economic output.

The HCP next goes before the City Council's Planning and Land Use Management Committee.