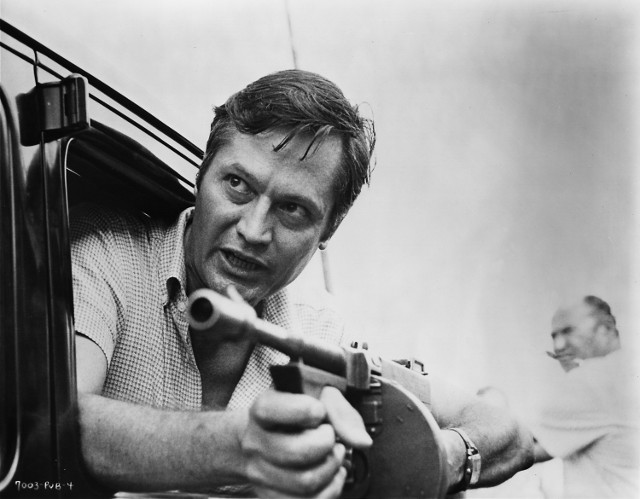 Good movies, bad movies, his are the ones with the guns! | Roger Corman courtesy American International Pictures

In all seriousness, it's easy to bag on Tom Cruise for his past theatrics, but he's wisely kept his antics on-screen for Ghost Protocol. Cruise's partners in protocol are Paula Patton (the teacher from Precious), Simon Pegg & Jeremy Renner, and in a fun parallel to next week's Girl With The Dragon Tattoo, Michael Nyqvist (who played investigative reporter "Kalle Fucking Bloomquist" in the original Swedish film) goes under wraps as a double-crossing Russian antagonist. The last Mission Impossible film was a laboratory of sorts for director JJ Abrams (it was his first feature film), and Ghost Protocol continues this tradition. This time, animation wunderkind Brad Bird (The Iron Giant, The Incredibles) makes his live-action debut. Bird shot large portions of the film with IMAX cameras, and this weekend's opening is an IMAX-exclusive run (the film opens wide next Wednesday). In a nod to the Mission Impossible franchise's origins (& the continuing involvement of Abrams in its future), TV writers Josh Appelbaum & André Nemec (both of Alias) scale up to the big screen for the script.

Full list appears below. What will you be seeing this weekend?