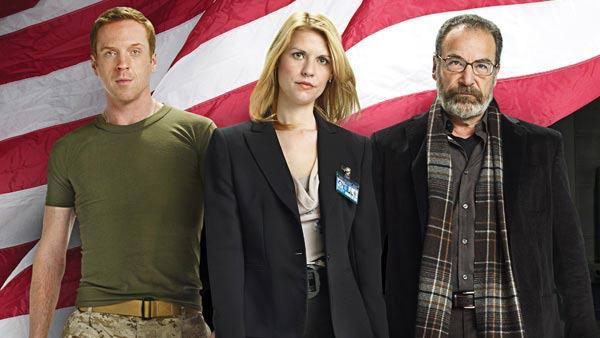 We had a great season finale of "It's Always Sunny In Philadelphia" last night followed by yet another excellent episode of "The League." Check out our interview with "League" star, and creator of Adult Swim's "NTSF:SD:SUV::" Paul Scheer on episode #31 of the Channel Zero Podcast:

Please subscribe to Channel Zero on iTunes!
—-
The Weekend Highlights: Tonight we've got Joe Rogan on "The Tonight Show" which should be funny. Saturday's must watch is Jimmy Fallon hosting "Saturday Night Live" - the combined writing staffs of "Late Night" and "SNL" have the rare opportunity of creating a Christmas episode to remember. Sunday features the season finales of both "Dexter" and "Homeland" - both of which have the potential to be quite bloody and definitely suspense-filled. Laugh it off with "After Lately."
—-
After what will be an intense evening of dramas I highly recommend you check out the new "After Lately" on E! at 11pm on Sunday night. Chuy's got a business opportunity for the gang and Jiffy Wild again stoically faces down humiliation. Check out the sneak clip vid at the end of this post!
—-
The TV Junkie Must-Watch Plan: Tonight - "Chuck," "The Life and Times of Tim," "Tonight Show," "The Late Late Show With Craig Ferguson." Saturday - "The Graham Norton Show," "Saturday Night Live." Sunday - "Dexter," "Homeland," "After Lately," "Hell On Wheels" (late night rerun)

8:00pm Chuck NBC - Chuck Versus the Curse Chuck and Sarah race to take down a computer virus; Ellie and Awesome's date takes a dark turn

9:00pm The Shop Around the Corner TCM - (1940) The more Budapest co-workers (Margaret Sullavan, James Stewart) fight, the more they fall in love as secret pen pals.

8:00pm Survivor: South Pacific CBS - Season Finale. Loyalties Will Be Broken The castaways compete in the final immunity challenge to earn a spot at the final tribal council; the jury members confront the final three.

9:00pm Dexter Showtime - Season Finale. This Is the Way the World Ends Dexter and the Homicide team race to catch the Doomsday Killers before their final act; Deb copes with a new emotional reality.

10:00pm Hell on Wheels AMC - Revelations Cullen must decide how much he is willing to risk; Durant faces financial ruin; Lily confronts the family of her late husband.

11:00pm After Lately E! - The Book of More Moms Roy poses for Playgirl; Eva's "Mom Book" gift idea for Chelsea might be a bad idea; Chuy brings some writers to a Golf Course opening.