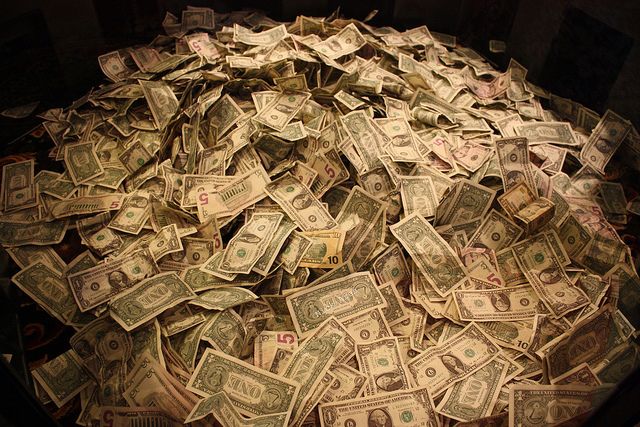 The state has released its "naughty" list: Californians who owe the state taxes.

California Watch did some math and found out that the top 100 delinquent taxpayers owe the state $419 million dollars. As a point of reference, the site points out that $419 million would more than cover the $333 million that the California State University system is asking for the 2012-13 year.

The Board of Equalization has been releasing the list of the top 250 delinquent taxpayers since 2007. Taxdodgers are warned 30 days ahead of time that their names are going on the public list. The board says that since the program started it has received a total of $5.2 million from 38 taxpayers. We've put together a list of current tax-dodgers in Los Angeles County that cracked the top 25:

Altogether these businesses in Los Angeles County owe the state over $90 million. There aren't any celebrities on this list — at one point Pam Anderson was listed as owing $493,144, but it looks like she's gotten that cleared up. Quite a few of them are auto companies. Companies in the valley and along the 710 seem overrepresented, including the company at the top of the list, California Target Enterprises in Downey. California Watch says the company has had an outstanding lien since 2002. The SF Weekly tried to get a comment from the company last year, but a woman on the phone denied they owed the state such big bucks.