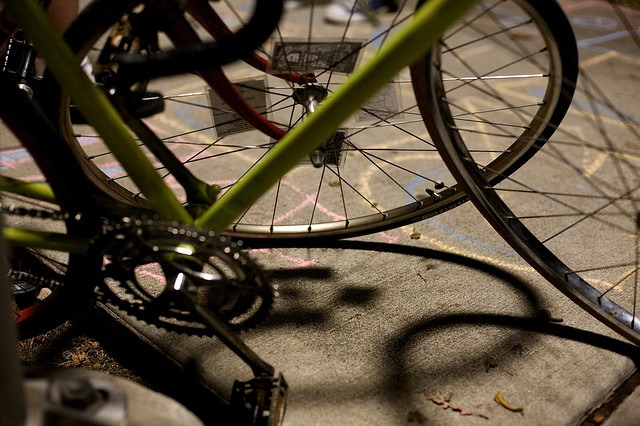 A woman suspected of driving under the influence and causing an accident that left over a dozen cyclists injured in June is facing criminal charges. Chrstine Dahab will be arraigned later this month on two felonies.

The accident took place at around 1:40 a.m. on June 16, when about 100 bicyclists were riding with the Midnight Ridazz near the Baldwin Hills Scenic Overlook. Dahab told investigators she was looking down at her phone when she plowed into a group of riders.

Culver City Police investigated the accident. Initial reports cast some portion of responsibility on the riders, since authorities said they found alcohol, condoms and marijuana used by the group where the riders were hanging out*. Ultimately, however, the police submitted the report to the DA, who opted to pursue criminal charges.

Dahab is slated to be arraigned at the Los Angeles Airport Court on December 22.

*UPDATE: To clarify, those initial reports stemmed from an ABC7 story on the crash, which were refuted. Streetsblog explains:

The horrific nature of the crash and the Keystone Kops response by the LAPD. Even as bodies were being loaded into the ambulance, the officer on the scene was saying that he couldn’t tell if Dahab was speeding at the time of the crash, that her blood alcohol level was below legal limits, that there was a blind turn she was going around, and that the Ridazz must have been at fault because there were condoms and beer bottles at the top of a nearby scenic overlook. These claims were demolished and enraged a bicycle advocacy community that was already emotional as first-hand witnesses of the crash were posting their stories on websites such Bikeside, Midnight Ridazz, Streetsblog and YouTube.

Meanwhile, ABC7 earned the enmity of bicyclists the world-around by mindlessly repeating these claims without a shred of analysis.

Independent sources covering the crash showed that the LAPD were telling a different story than those involved in the crash. Adds Streetsblog: "Of course, that there were condom and empty drink containers somewhere near the crash site is completely irrelev[a]nt."