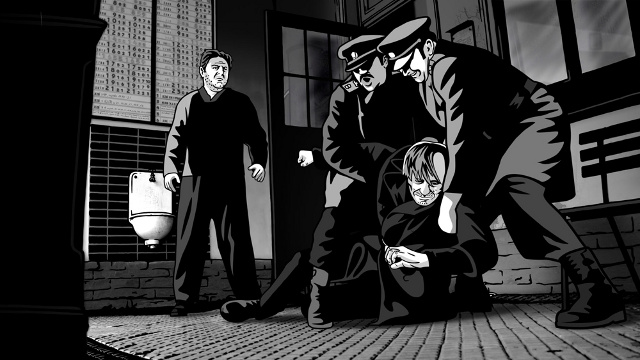 After last week's monster Thanksgiving schedule, Hollywood wisely takes a breather from wide releases. In limited release is the latest prestige picture from Fox Searchlight, Shame. The British production shines a light on the troubled relationship between an insatiable sex addict (Michael Fassbender) and his needy sister (Carey Mulligan) in New York City. Whereas our culture still primarily plays sex addiction for laughs (guilty!), Shame promises an intimate portrait of what might otherwise be seen as merely empty, selfish people. If nothing else, there's that NC-17 rating; the film's frank depictions of sexuality have raised stirs up and down the festival circuit, most notably at the Venice Film Festival, where Fassbender and writer/director Steve McQueen (Hunger) took home trophies for their respective work.

Most Bollywood films limit their balancing acts to dance numbers, but biopic The Dirty Picture walks on eggshells around its notorious subject. Though unknown on our shores, actress Silk Smitha could be called an Indian Marilyn Monroe. Both sought control over their image through overt sexuality, only to be typecast as mere sexpots (Smitha even more so than Monroe; she played the scantily-clad vamp literally hundreds of times) until they burned out in suspicious circumstances. Considering Bollywood's famous chastity, it'll be interesting to see if & how the filmmakers present such a checkered personality.

If this week's Film Calendar wasn't animated enough, check into Redline at Downtown Independent. The high-octane anime won the audience award at last year's Los Angeles Animation Festival, as well as an outstanding achievement at this year's Newport Beach Film Festival. There's also Alois Nebel, playing for one week only at Laemmle's Encino. Based on a trilogy of Czech noir comics, the film's style resembles bits of FX's Archer & A Scanner Darkly if the former were played straight or the latter toned down the talking. The Czech Republic have submitted Alois Nebel for a Best Foreign Language Oscar; if selected, it will be only the second animation ever nominated in that category. Regardless, it's one to watch.