Bust a Move with Show at Barre's 'For the Record: John Hughes (Holiday Road)' 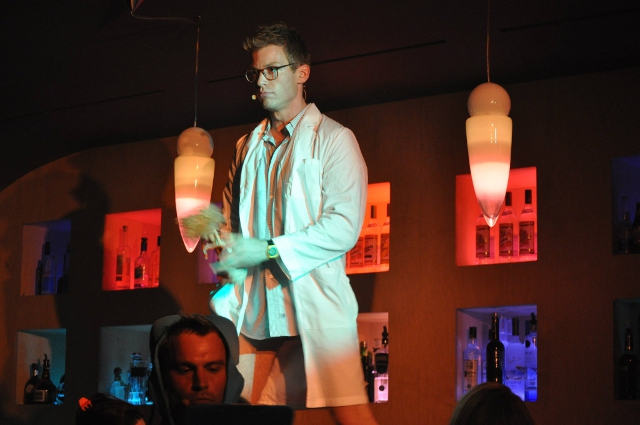 Few writers touched as many hearts in the 1980s and 1990s as the late, great John Hughes. Breakfast Club, Sixteen Candles, Pretty in Pink, Ferris Bueller's Day Off, Weird Science, Home Alone…. just one look at his IMDB page will overwhelm you with memories of angst and wonder. His films included not only lovable characters and memorable lines, but also some infectious tunes.

The music featured in John Hughes’s films is currently getting a delightful cabaret tribute with “For the Record: John Hughes (Holiday Road)” at Show at Barre. We’re already on the record as loving The Coen Bros. and Baz Luhrmann shows, and this show does not disappoint. The strength of the Coen Bros. show was the ability to get to know the characters and weave a loose plot thanks to a focus on The Big Lebowski and O Brother, Where Art Thou? For the John Hughes tribute, directors Shane Scheel and Christopher Bratten instead draw upon material from at least ten films. What the show lacks in story it more than makes up for in fun — just look at the video below of the cast dancing to “Weird Science” with bras resting on their heads.

In addition to re-experiencing the silly antics of classics like the Breakfast Club and Ferris Bueller's Day Off, the audience will be seduced by the holiday spirit with festive songs like “Holiday Road,” “Christmas Vacation,” “Mele Kalikimaka,” and “All Alone On Christmas.” The audience is encouraged to wear their best (which means ugliest) holiday sweaters, but since Show at Barre continues to prove itself as one of the best date spots in town, you’ll be forgiven if you opt for something less bold. If you do wear an 80’s holiday sweater, however, you’ll be rewarded with a free “Griswold” cocktail from the Hughes-themed cocktail menu.

Featuring two stages, and with cast members singing and dancing in the aisles, the room is even more cramped this time. Fortunately, the wall separating Barre VT from the dining room next door is being torn down next year, giving the performers and audience a bit more breathing room. Despite the close quarters, the show makes clever use of every inch of space, from dancing on the bar to occasional action occurring outside.

Weekly performances are Thursday, Friday and Saturday at 9 pm, and Wednesday and Sunday at 8 pm, through Dec. 30, 2011. Tickets are $35 and may be purchased online. Online advance tickets are strongly encouraged. A special performance will also take place at the Ace Hotel Palm Springs on Friday, Dec 16th 2011 at 8pm.