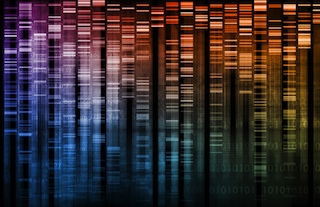 Photo by kentoh via Shutterstock
These days, thanks to science and technology, your family tree isn't just something you can trace by a paper trail, DNA provides significant links among us. Now, a new bill proposed by Rep. Adam Schiff (D-CA), would allow feds to conduct familial searches in DNA databases to solve cold cases.

Schiff, who reps portions of Los Angeles County, including Burbank, Glendale, and Pasadena, points to the work the Los Angeles Police Department were able to do with DNA searching in order to nab Lonnie Franklin Jr, aka the Grim Sleeper serial killer suspect:

After the LAPD conducted a Familial DNA search of California’s DNA database and received a hit, a reverse family tree was prepared, which allowed detectives to evaluate all persons related to the Familial DNA match.

The kind of searching that can be done in California, though, doesn't happen in all the states. "If the Grim Sleeper’s son had been arrested and jailed in Nevada, no match would have been made and the accused killer would still be at large," adds Schiff.

The proposed legislation is called "the Utilizing DNA Technology to Solve Cold Cases Act of 2011" and instructs the FBI to:

* Create a system whereby a state can request a familial search of the national DNA database; * Implement a number of procedures to protect the privacy and civil liberties of individuals, and ensure that familial searching is implemented in such a way as to provide the maximum amount of oversight of how the evidence is used; and * Report annually to Congress on the number of familial searches requested and their outcomes.

Under this proposed law, perps can keep it in the family all they want, but if they've got family with DNA in any state's system, the feds will have a much easier time tracking them down.