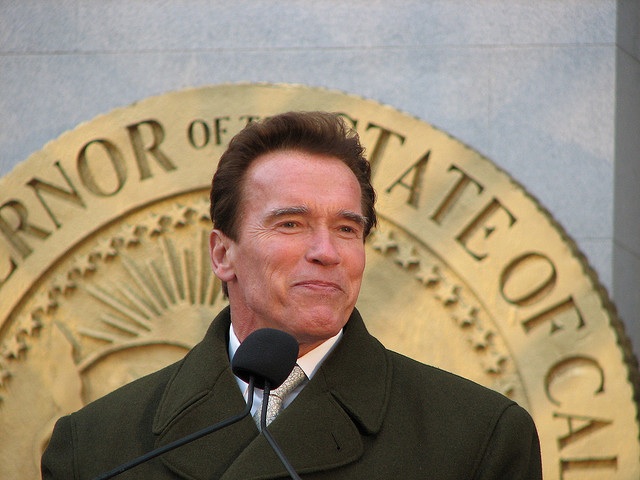 Arnold Schwarzenegger in 2008. Photo by Lon R. Fong via Flickr

You don't put Baena in a corner.

TMZ reports that Arnold Schwarzenegger's love child, Joseph Baena, dressed up like none other than his dad for Halloween last night.

The 14-year-old boy sported a Conan the Barbarian costume — a role that Schwarzenegger famously played in the 80s — as he strolled through Fright Fest at Magic Mountain with his mom, Mildred Baena, and another unidentified man.

It's not really clear how much time Arnold has been spending with Joseph since the big reveal, but one might take this as a message that perhaps it's not quite enough. Or at least, that Joseph isn't planning on fading into the background any time soon, as one can safely assume he's been forced to do for his entire young life.

At least we can be comforted by knowing that given the adults Baena has in his life, one of them will now step in and respond appropriately...oh wait.