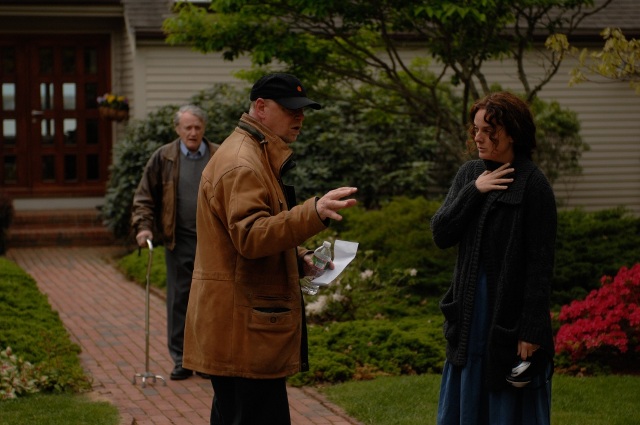 Earlier this summer, we featured the LA Shorts Fest as part of our weekly Film Calendar. Today, we follow up with filmmaker Donald Marcus, whose film Patrimony had its West Coast premiere during the event.

Patrimony is a film about tough choices in trying times. Set in a Massachusetts mansion, the short presents an intimate, difficult conversation between generations — a newly widowed woman (Melissa Errico) and her father-in-law (Robert Vaughn). Their already chilly relationship becomes downright icy when she produces a letter from her late husband with his final request. Both have to swallow their pride, yet each prefers coming to blows over compromising or keeping the family together.

At about 20 minutes in length, Patrimony feels like a TV pilot — it draws you into its characters' lives and leaves you hanging on the edge of a greater conflict. This comes as no surprise. While it's Donald Marcus' first work as a filmmaker, Marcus is a veteran TV writer and producer. His best known series may be the Bruce Campbell-led cult show The Adventures of Brisco County Jr., but he holds a special place in our heart for USA Network's Santa Monica bike cop staple, Pacific Blue. Additionally, Marcus has an extensive stage background with off-Broadway theatre company The Ark, where he produced Julie Taymor's breakthrough Transposed Heads.

Marcus answered a few of our questions about the long and the short of Patrimony's production and his experience at LA Shorts Fest. 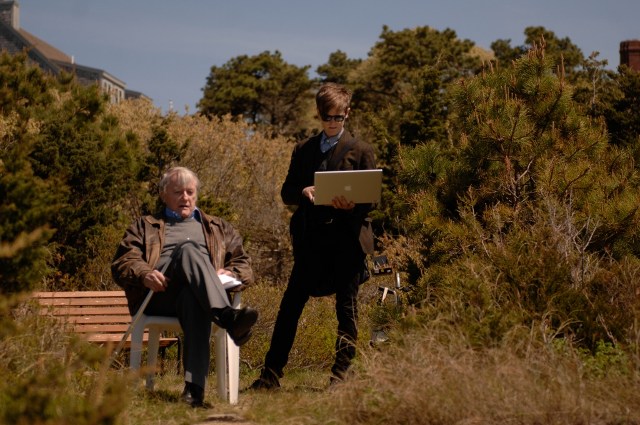 LAist: When we think of short filmmakers, we often think of up-and-comers creating calling cards to break into the business. Your career has already spanned decades in stage production & television writing. What drew you into the director's chair?
Marcus: Several reasons. First off, the challenge of it. Directing a film is something I've never done, and something I wanted to do. I have a lot experience directing in the theatre, I was originally an actor myself, and I have worked with many actors, so I'm very comfortable with this aspect of directing. Obviously, the writing part was familiar as well. So directing a short wasn't quite as dramatic a leap as it might seem, although I definitely had to rely on my director of photography, editor, and crew for some of the technical aspects of filmmaking. At the this stage of my life, I am only doing projects that matter deeply to me, and Patrimony was just such a project. It had to be done, and I couldn't imagine anyone else directing it. Finally, the filming of Patrimony was an essential step in producing full-length projects that I'm determined to complete.

LAist: Both TV and short films require a great deal of information to be conveyed in very little screen time. How did your background in TV influence the writing process & production of Patrimony?
Marcus: Writing for television was a wonderful experience for many reasons, but most especially for the craft that it caused me to develop. A colleague once said that writing for episodic television is like writing a poem with a gun to your head. That's not a bad simile, albeit a tad overstated. Being in the trenches of a show, and having to generate shootable scripts on a tight budget forces you to learn the craft, which in turn enables you to better realize your own ideas when the time comes. Among those skills is learning how to compress and the script of Patrimony was shot exactly as written. I cut and cut and cut until I wound up with what we shot. I think we line cut two sentences in editing. It's unashamedly a dialogue-intensive film, but every word is pretty much necessary. 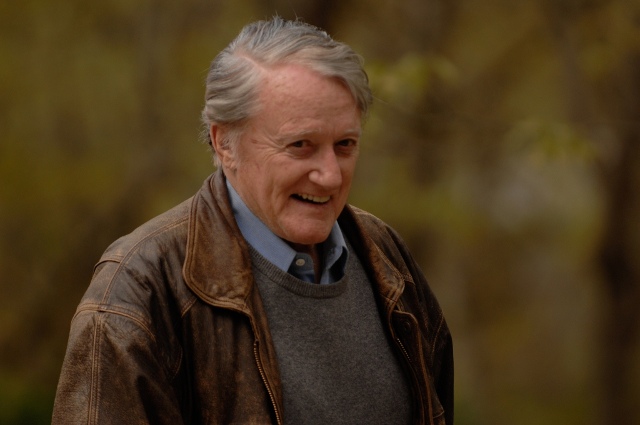 LAist: Robert Vaughn is a veteran of the screen. Melissa Errico is best known from Broadway. How did these two different performance types work together?
Marcus: They worked together beautifully. Robert and Melissa were the only guests in a bed & breakfast near the location and had dinner together every night of the shoot. Both are highly intelligent people, in addition to being gifted performers. Robert has a Ph.D. from USC and Melissa was an art history major at Yale. They required very little direction, not only because they both have such great craft, but also because they're so damn smart. They got the material without needing much in the way of explanation or elaboration from me. I was so lucky to have them. They make the film.

LAist: The local beaches in Pacific Blue and the Massachusetts coastline in Patrimony are as dynamic personalities as the actors. What attracts you to these settings?
Marcus: I'm afraid the truthful answer to this isn't very glamorous. I worked on Pacific Blue because I was offered an excellent job by Bill Nuss, a boss I liked enormously and greatly respected. I chose the setting for Patrimony because I wanted to make the film near where I live and the entire film could be shot in a friend's house across the bay from where I live. I also wanted to shoot outside to take advantage of the gorgeous Cape Cod scenery. 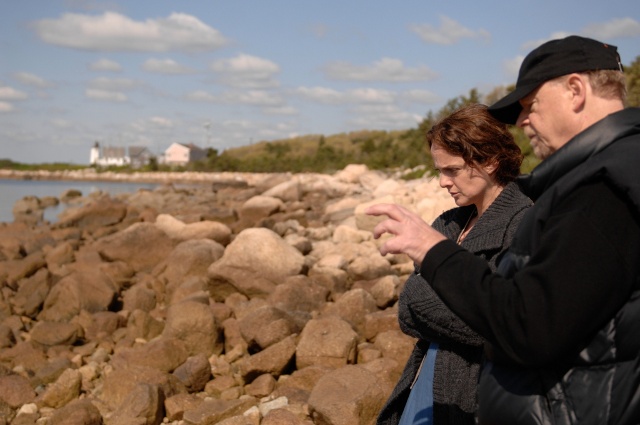 LAist: What was your experience at the LA Shorts Fest? How was the premiere received?
Marcus: I've been lucky to participate in a number of film festivals, and LA Shorts Fest was easily one of the best. The facilities were superb and the films looked great. The level of the films shown was very high indeed. Friends who came to see Patrimony were blown away by the excellent films on the bill with me. Bob Arnetz and everyone at the festival do an excellent job. I think my screening at the festival was well received. I'm not the one to judge.

LAist: Where can those who missed out on LA Shorts Fest see the film?
Marcus: I am riding the festival wave at this point, and the film may still be screening at other festivals in Southern California. Once that wave has crashed on the beach, I will make the film available on my company's website, which is now in the works but not yet up-and-running. Likewise, I am in discussions to show the film theatrically here in the Northeast, running it before a feature. Whether this kind of exhibition is possible in Los Angeles, I don't know. If anyone would like a DVD of the film, I would be happy to mail them one for $12 plus postage of $3. Send a check in this amount to Grey Squirrel Productions/Box 111/Cataumet, MA 02534. You may also reach me by email to greysquirrelproductions@gmail.com.