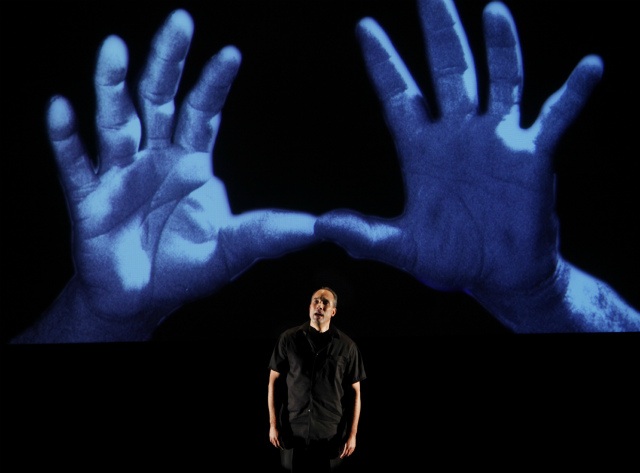 Juan and John is an engaging, authentic, and intimate narrative from that illustrates how society and historic events trickle down to sculpt individual lives. Lovers of baseball will be gratified by the production, but those who do not know the first thing about the game (this reviewer included) will appreciate Smith's account of the Watts Riots, the Battle of Chavez Ravine, and racial segregation. Ultimately, at its core, Juan and John is an illustration of dignity, friendship, and forgiveness.

Playing himself as well as Marichal and Roseboro, Smith weaves memories from his own life with historic moments. As a storyteller, he easily and quickly connects with his audience through humor and his own magnetism. The details of his childhood are fascinating, particularly concerning his parents' role in the Civil Rights Movement and his own account of the Watts Riots in 1965. Smith's skill as a performer is best as he invokes Marichal and Roseboro, fluidly transitioning between the two roles. With little more than a bench and his own presence, Smith is completely believable as he portrays the baseball players, making it easy for the audience to forget that they are watching a play.

Smith also directed Juan and John, in addition to writing and performing the work. The production is simple, understated, and graceful. Emotional inflections and character changes keep the piece briskly moving. Lighting by Justin Townsend is excellent and effective.

Juan and John is playing through November 13, 2011 at Los Angeles Theatre Center. Juan Marichal will be the honored guest the final performance. Tickets are $10 or two for $10 if wearing a Dodgers shirt and available online or via phone at 866-811-4111.