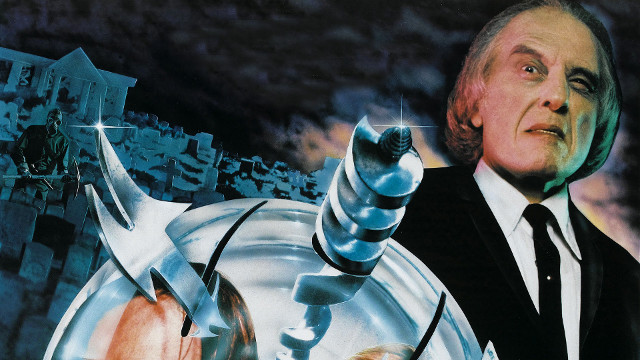 What happens when your birthday falls on Halloween weekend? If you're the Cinefamily, you go all-out & enjoy the hell out of it!

This year's celebration starts Thursday with a ballsy opener of the first two Phantasm films! Perhaps the weirdest franchise in horror history, Phantasm follows a boy & heavily armed ice cream man's attempts to fend off a mysterious mortician known only as "The Tall Man". His mausoleum (doubling as the gateway to another dimension) is fraught with terrifying traps, including a cloaked dwarf army & soaring spiked spheres. And that's not even the crazy part! Writer/director Don Coscarelli will appear for a Q&A and, if schedules allow, Angus Scrimm (The Tall Man) & other cast members will join him.

Friday, the freaky fun starts with the return of Cinefamily's 100 Most Outrageous Kills. It's exactly what it sounds like. Bring your own barf bag! Then bring another for an all-new HD restoration of The House By The Cemetery. Written & directed by Italian gore-teur Lucio Fulci, the story stalks a family as they discover the previous resident of their new home was a mad doctor who tortured & murdered a century ago...and may still live. The program plays as part of the "Up From The Depths: Rare Horror From Beyond the Limits of Human Sanity" series.

Saturday, the Cinefamily flaunts its fourth birthday with film & funk during the Disco Dracula Dance Party! On the film side, the family unearths Nocturna as their undead headliner. Projected "in glorious VHS", the flick is very 70s, from its velvet vampires & literally cartoonish transformation scenes to its biting satire on New York's contaminated blood supply. On the funk side, the costume ball fundraiser features dublab DJ sets & live performances from synth starlets Violet Tremors & guy-girl AM throwback The Singles performing a "one-night-only zombie ABBA" set. Check for your reflection in the photo booth, or take a creative sanity break with arts & crafts (no garlic necklaces please!). Hungry? Don't gnaw on your neighbor! Refuel at the Komodo Truck or freshen up at the Guinness open bar!

If you make it to sunrise, "Up From The Depths" concludes Sunday, bloody Sunday, with hair metal monster-piece Shock 'Em Dead. Co-presented by Everything Is Terrible!, the film takes a familiar story - dweeb dabbles in demons for mad rock skills - and cranks it to 11 with super shredder Michael Angelo Batio & his trademark double-guitar. Traci Lords co-stars as the object of all affections. As of this writing, it's unknown whether she'll appear at Cinefamily as part of the cast & crew reunion, but Batio will definitely be there for a live set that will blow you away!

We take a complete 180 from the depths of hell toward the heights of enlightenment with the documentary My Reincarnation. It's a common conflict in immigrant families: an old world father wants to uphold cultural heritage, while his new world son wants little to do with it. My Reincarnation adds a unique spiritual layer to this story: the father, Tibetan Buddhist Master Chögyal Namkhai Norbu, is a Rinpoche, a celebrated teacher who travels the world and expects his family to fit neatly alongside his followers. His Italian-born son, Yeshi, feels particularly left behind. When he learns he's the reincarnation of another Rinpoche, he decides, to his father's chagrin, to devote his life to other pursuits. 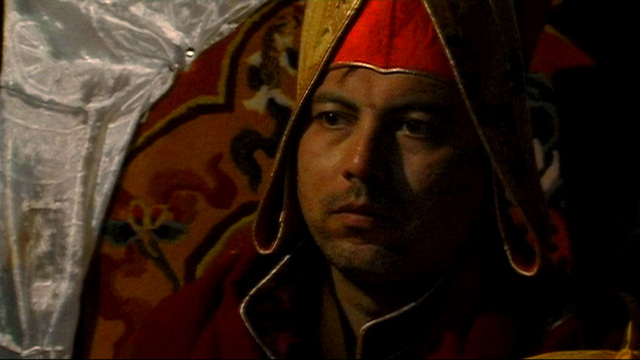 Shot over 20 years, My Reincarnation ponders a simple question: does our family ultimately drive our decisions, or can it be fate? The backdrop of Tibetan spiritual leadership transforms a familiar struggle into something truly fascinating. Those familiar with the faith will flock to the unprecedented access into the private life of a Rinpoche, including his teachings, seminars & meetings with His Holiness the Dalai Lama. The footage was all personally recorded by the film's producer & director, Jennifer Fox, which lends a welcome consistency & completeness to the story. Even as the story spans decades, it feels as though it unfolds in real time, before our eyes. As a non-believer, it's strangely reassuring to see that the regional wise men popularly portrayed as literally "above it all" encounter the same difficulties in their day-to-day lives that we do. My Reincarnation opens at Laemmle's Santa Monica, with Jennifer Fox appearing for Q&A's after the Sunday & Monday evening shows.