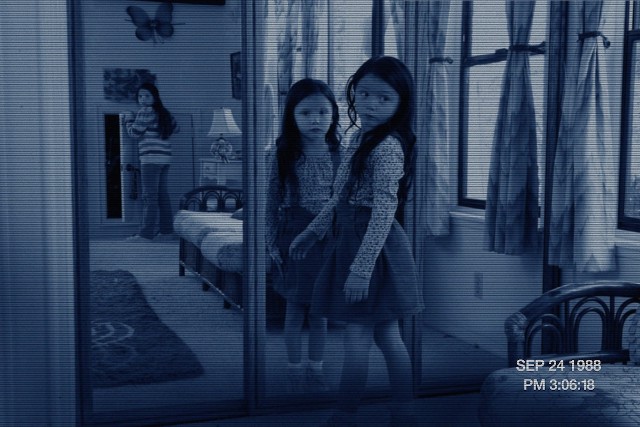 The third film in a horror franchise is often its defining point. It's when Friday the 13th gave Jason his hockey mask. It's when Halloween realized audiences wouldn't accept anyone but Michael Myers. It's when Saw transitioned from Jigsaw to his proteges.

We don't yet know whether Paranormal Activity 3 will be as important in the grand scheme of the series. But we can tell you these three things:

That's all we need to know! Will you be tweeting your scream?

Five years ago, documentarian Chris Paine asked Who Killed The Electric Car? Since then, a resurgence of interest has supercharged plug-in vehicles: the Tesla sports car, the Nissan Leaf & Chevy Volt. Fittingly, Paine & his crew have returned to chart this resurrection in Revenge of The Electric Car. The film follows the Vice Chairman of GM (a wonderful irony, as the company was the "villain" of Who Killed The Electric Car?), the CEOs of Nissan & Tesla and hobbyists who Frankensteined their own electric cars when they couldn't find any on the market. Will their gamble pay off, or will America double-down on gas? Plug into Revenge of the Electric Car at the Nuart.

Looking for a different kind of film this weekend? Check out our weekly guide to the best of LA's repertory theaters, festival series & midnight movies!