Los Angeles Magazine's 2011 "The Food Event" Not to Be Missed 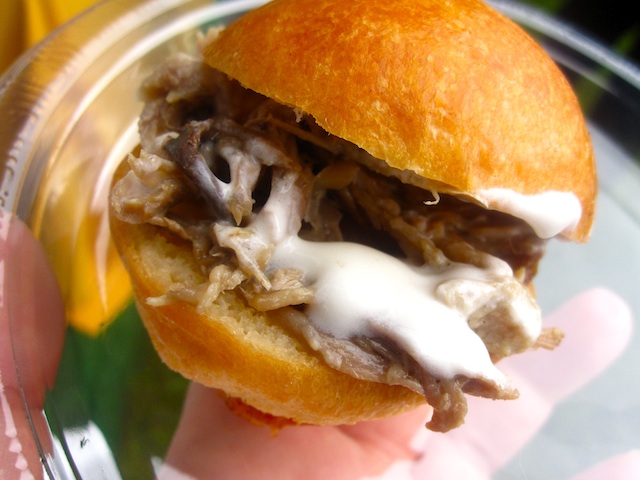 Last year at the L.A. Mag Food Event, Sweetsalt served up this delicious duck slider. What are they bringing this year? (Lindsay William-Ross/LAist)

Following last weekend's Los Angeles Food & Wine Festival and September's The Taste, it's understandable if food lovers in our fair city are experiencing "event" fatigue. It would be a shame if you let that deter you from attending Los Angeles magazine’s The Food Event 2011 this Sunday. The event, which celebrates the release of Los Angeles magazine's "Food Lovers Guide," has earned a reputation as one of the best food festivals in LA, and one worth the $95 price tag.

Now to the important part: what do you get for your hard-earned $95? You'll enjoy three hours of sampling wines from 20+ wineries and bites from over 35 restaurants among 60,000 vines and exotic animals in the pastoral Saddlerock Ranch in the Malibu Hills.