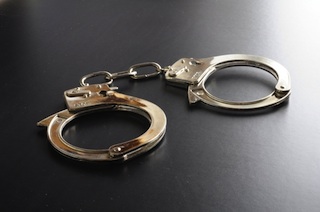 Photo by Gunnar Pippel via Shutterstock
Kenneth Alexander was a Los Angeles County Sheriff's deputy, assigned to patrol out of the Marina del Rey Sheriff's Station when he met a 15-year-old girl who he ultimately met up with again off-duty and allegedly molested her. Today, Alexander turned himself in for arrest on direction of the LASD's Special Victims Bureau, and was booked for three felony counts, say the LASD.

The suspect first met the victim in 2010. On August 16, 2011, an informant called the Los Angeles County Child Abuse Hotline and a Suspected Child Abuse Report was taken. Because the LASD Special Victims Bureau, however, had been given an incorrect last name for the suspect, they did not speak to Alexander until September 19.

Alexander was relieved of duty without pay the following day. A case was filed against Alexander with the Los Angeles County District Attoney's Office Wednesday.