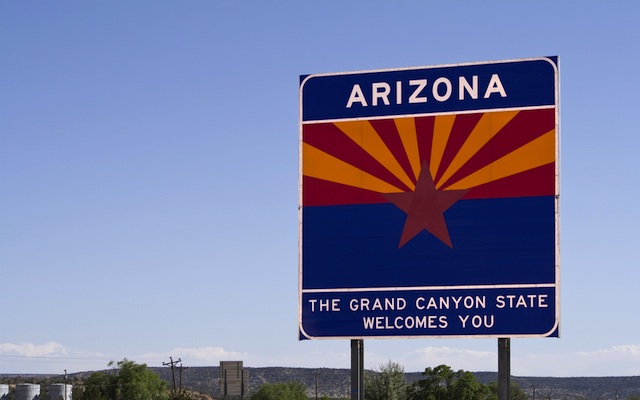 Photo by Katherine Welles via Shutterstock

You didn't forget that the City of Los Angeles (mostly) objects to Arizona, right? Remember we passed a boycott of our neighbor-state in May 2010 following their signing into law SB 1070, a controversial immigration policy. (Then L.A. and CA got boycott happy!) So how are we holding up on that boycott?

Today in City Council, the members decided to not travel to Phoenix to attend the National League of Cities Congress of Cities gathering in early November.

Council members had been expected to approve Councilman Ed Reyes’ motion exempting them from the ban in order to attend next month’s conference. However, when it came time to vote this morning, the First District rep changed his motion.

The city had already paid their registration fees to the conference, however what amount will ultimately be lost is not immediately known.

Reyes spoke today in appreciation of his colleagues for upholding the ban. "I believe in this boycott. I believe it’s made a difference," he said.