Why Are There So Many Cracks in L.A.'s Sidewalks? 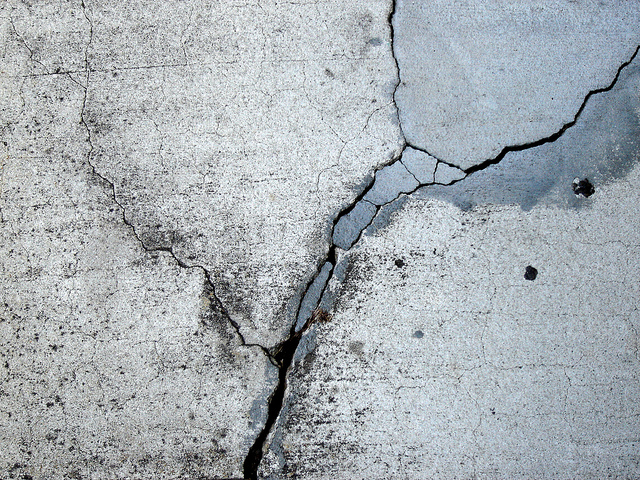 Monster cracks in L.A.'s sidewalks are going unrepaired while politicians dither over whether to make homeowners responsible for their upkeep, according to KCET's SoCal Connected.

Cracked sidewalks come low on the list of priorities for a budget-strapped City Hall. In the meantime, almost half of the sidewalks in Los Angeles are cracked, crumbling, or buckled and in need of major repair. The city is letting big repairs go but it's not yet telling homeowners that they have to shoulder the burden.

That's already the case in many cities in California — and it used to be the case in Los Angeles. But correspondent Vince Gonzalez says politicians are worried that if they told homeowners that they were responsible for repairs, there would be a backlash. Homeowners, including who are also cash-strapped, wouldn't appreciate paying a huge bill to repair the sidewalk before they sell their home. The city is also worried that homeowners would rip out the trees that are causing many of those monster cracks. That's the reason that the city took ownership of the sidewalks in the first place.

The city failed to apply for stimulus money, as well, for no apparent reason, Gonzalez reported.

The folks at SoCal connected want to see the cracks in your sidewalks. No, really! They're creating a massive map of all the crumbling sidewalks in the city and they're asking for submissions:


1. Send us your photo using one of these two options:
E-mail your photo to socal.connected@yahoo.com
(Please send only one photo per e-mail to avoid surpassing message limits)
Add your photo to our Flickr pool, here, and tag it "sidewalks"
2. Make sure the photo is geotagged, or else include an address or the nearest cross streets so we can map it.