Weekend Movie Guide 09/30: Does Anna Faris Have Your 'Number'? 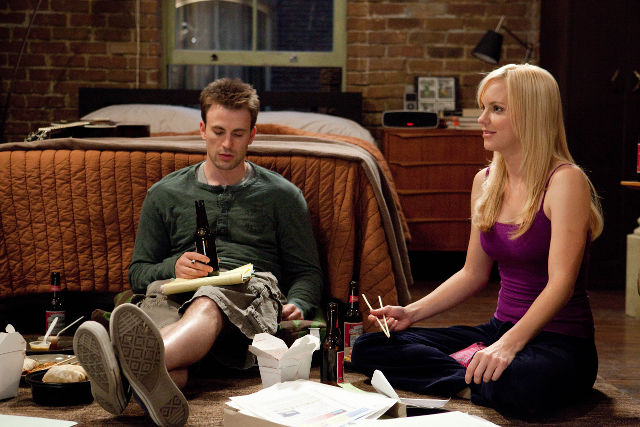 Romantic comedies are obsessed with numbers. Witness (500) Days of Summer, 27 Dresses, How to Lose a Guy in 10 Days and now, What's Your Number? The film follows the High Fidelity model of retracing your love life, one ex at a time. Of course, doe-eyed Anna Faris is a much sweeter lead than John Cusack, and What's Your Number? is undoubtedly a more traditional rom-com (albeit one that's seen some serious tweaking in post).

Though few street artists use their real names, even fewer works of street art are truly anonymous. Banksy's built his brand around keeping his birth certificate under lock & key, but his "name" is so well known that his works are identified, stolen & resold before the paint can even dry. The creator of the Toynbee Tiles, on the other hand, is a complete mystery, as is their message. The tiles, all bearing the cryptic phrase "Toynbee Idea In Movie 2001 Resurrect Dead On Planet Jupiter", are street art in a literal sense - carved in linoleum, sandwiched into sidewalks with tar paper & pressed into the pavement by normal traffic. Philadelphia is the movement's mothership, although tiles have made their way into many metropolises & even crossed continents into Central & South America. 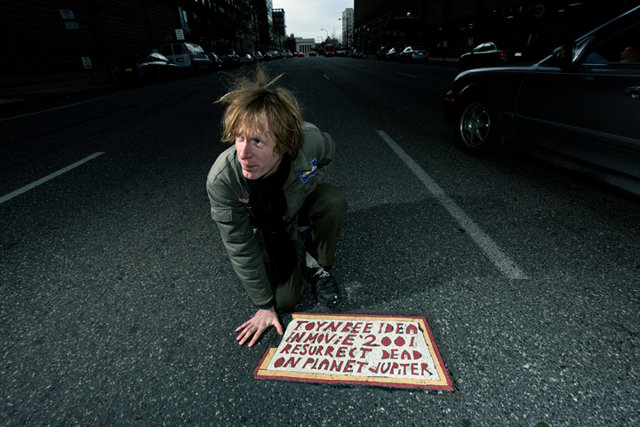 RESURRECT DEAD: THE MYSTERY OF THE TOYNBEE TILES courtesy Land of Missing Parts

Resurrect Dead: The Mystery of the Toynbee Tiles, plays for one week only at the Downtown Independent. The documentary chronicles the history of the Toynbee Tiles, the quest to find their creator & their continuing legacy of copycats & enthusiasts obsessives. Documentarians Jon Foy & Colin Smith are firmly in the latter camp. They began plotting Resurrect Dead for over a decade, and started collecting clues on camera in 2005. Justin Duerr, the film's resident Toynbee scholar, has studied the works since the mid-90s. Will the Toynbee Tiles consume your life as well? "My God, it's full of tar..."

Are you an adventurous film-goer? Check out our weekly guide to the best of LA's repertory theaters, festival series & midnight movies. This week we have special coverage of the New Beverly's 4th Annual All-Night Horror Show!