TV Junkie: HBO Go To Arrive on Time-Warner (Finally); 'The League' To Appear at Paley 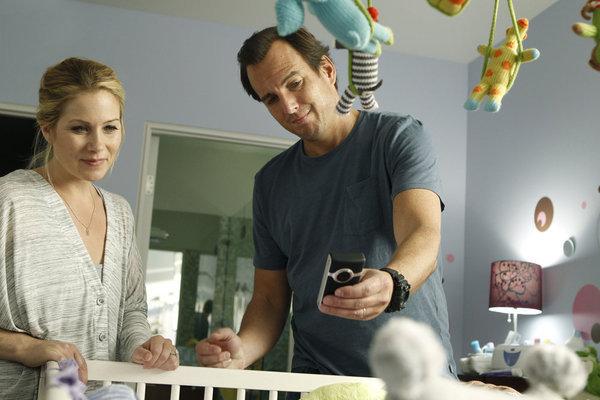 "Up All Night" is on NBC at 8pm - are you watching this show? Should we continue covering it here?

If you're an HBO subscriber and you have been using a cable or satellite service other than Time Warner, I hope you've been using HBO's incredibly awesome HBO Go service to watch content at your convenience on your iPad and other devices. Finally Time Warner and HBO are entering into an agreement so that subscribers can finally use the service. If you, like me, have had the misfortune to be a Time Warner "customer" by necessity rather than choice, this delay in access to content is nothing new to you as Time Warner has seen fit to block, remove, or delay your ability to view content on multiple occasions over the past few years. Wasn't there supposed to be some regulatory body or consumer protections instated to help us or were those undermined/bought out by corporate interests?
—-
HBO's "Hung" returns this Sunday and Reuters has a great interview with series star Thomas Jane who explains how the role of Ray Drecker came to him and how the series has changed.
—-
I'm excited about the return of FX's "The League" in October and if you're a fan you should go to the Paley Center's "Evening With 'The League'" this Monday night (October 3rd) at 7:30pm. Present at the panel and Q&A will be co-creators Jackie Marcus Schaffer and Jeff Schaffer, Katie Aselton ("Jenny"), Mark Duplass ("Pete"), Jon Lajoie ("Taco"), Nick Kroll ("Ruxin"), Stephen Rannazzisi ("Kevin"), and the evening will be moderated by the brilliant Rob Huebel.

Can’t get to the Paley Center in person? Watch this event live on Hulu beginning at 7:30pm. Feel free to tweet your questions for the panel in advance and join the conversation on October 3rd with #HuluLive.
—-
Was happy to see that the 2nd season of "Portlandia" will include Tim Robbins, Kristen Wiig, and Jack MacBrayer as guest stars. The show returns on Monday, January 9, at 10pm - Mondays IFC? Really? Thanks for that story Hollywood Reporter, but no thanks for your "X Factor" section which reeks of payola.
—-
Would you look at that - Wednesday nights are becoming a serious contender for comedy-night of the week with "Up All Night," "Free Agents," "Modern Family," "Happy Endings," and the late night offerings. Too bad we have to wait another week for "American Horror Story" (FX) to adequately fill the 10pm slot.
—-
The TV Junkie Must-Watch Plan: "Up All Night," "Free Agents," "Modern Family," "Happy Endings," "NOVA," "Chelsea Lately," "Late Show With David Letterman," "The Late Late Show With Craig Ferguson"

8:00pm Up All Night NBC - Working Late and Working It Chris tries to get Reagan to spice up their relationship; Ava is upset that her ex-boyfriend is getting married.

8:30pm Suburgatory ABC - Series Premiere. Pilot Tessa and her father experience culture shock when they move out of New York and into a house in the suburbs.

9:00pm MythBusters Discovery - Bikes and Bazookas Adam and Jamie test the theory that a motorcycle runs greener and cleaner than a car.

9:30pm Happy Endings ABC - Season Premiere. Blax, Snake, Home Penny buys a condo and vows to turn her life around; Jane talks Dave and Alex into finally being honest with each other.