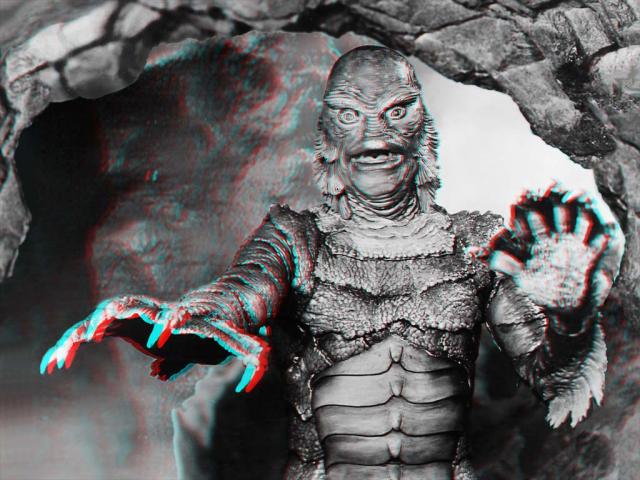 October 1st marks the beginning of the season of the witch, and the New Beverly's going not double, not triple, but sextuple bubble toil & trouble! Every year, the All-Night Horror Show brings 12 hours of beasts, blood & the beyond to the silver screen, and every year it's graced this computer screen. If you've never been, it's a hell of a bargain: $20 for hours of hard-to-come-by horrors in one of the best theaters in LA (which, by default, makes it one of the best theaters in the world), interwoven with terrifying trailers & spooky shorts. If you have been, this year's line-up follows.

Abandon all hope, ye who enter at 7:30PM, and bear witness Beyond the Door! The supernatural thriller is a relic from the glory days of Italian exploitation, where anything that made a buck in Hollywood was reproduced in Rome with half the budget, twice the camp & even more gore. This time it's a devilish double duplication, as both Rosemary's Baby & The Exorcist run through the cinematic sausage maker. The head-spinning & vomiting (one hell of a case of morning sickness!) comes courtesy of Wally Gentleman following his work on 2001: A Space Odyssey.

Decades before Avatar (indeed, months before Cameron), Creature From The Black Lagoon brought bizarro humanoids & environmental terrors to the screen in bone-chilling 3D. The titular Creature, known affectionately as The Gillman, inspired two sequels & a short-lived stage show. The classic monster mash screens around 9:30PM in anaglyphic 3D. This means if you don't come back bleary-eyed with a lifetime of memories, at least you'll pocket a snazzy pair of red & blue shades.

Even after two trips to The Exorcist, Linda Blair couldn't escape Hell Night. At 11:15PM, it's close to midnight, and something evil's lurking in the dark. Like any slasher released 30 years ago, its obvious influence is Friday the 13th. To its credit (unlike 81% of all slashers), it goes a different route & develops a Gothic atmosphere amidst its gruesome sorority stalking. Interestingly, it predates better-known sorority slasher sister The House on Sorority Row (which played at the first All-Night Horror Show back in 2008).

A mystery movie follows. We're not privy to any spooky scuttlebutt, but it's blocked out for nearly two & a half hours. Around 4AM, the penultimate film possesses the screen: The Pit & The Pendulum. This 1991 Edgar Allan Poe adaptation (cherry picking from Pendulum & other Poe tales), one of the few genuinely good films from low-budget production house Full Moon Pictures, stars cult actor Lance Henriksen as sado-masochistic Spanish inquisitor Torquemada. Stuart Gordon directs, and brings along his Re-Animator lead Jeffrey Combs for the ride. It's atmospheric when it really has no right to be, and just nasty enough at all the right parts.

Last, but not least is Horror Planet at 5:45AM. The gory sci-fi exploitation (another from '81) is also known in its native England as Inseminoid, for its plot involving a female astronaut who rips her crewmates apart after her impregnation with blood-thirsty alien-human hybrids. You can't make this up - unless you're Star Wars make-up artist Nick Maley or 1970s sex pot Gloria Maley, who co-wrote the film for martial arts maestros The Shaw Brothers. A fittingly nightmarish end to a night at the New Beverly.