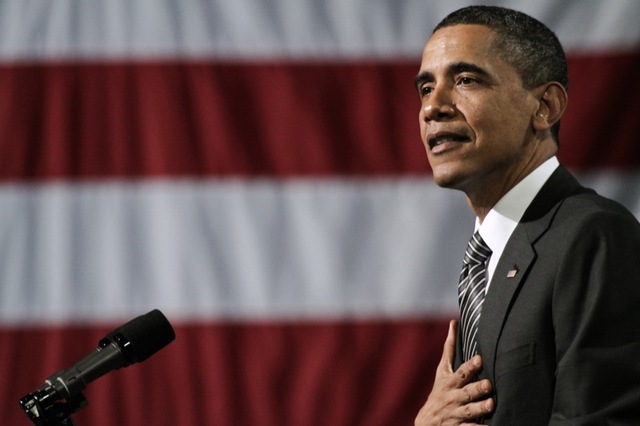 President Barack Obama is coming to Los Angeles today to work the room at a couple of campaign fundraisers tonight. The events, at the House of Blues and Fig & Olive, are both located in the West Hollywood (and West Hollywood-adjacent) area, however traffic will likely be impacted between West Hollywood and the Los Angeles International Airport.

The President so thoughtfully timed his arrival to coincide with rush hour. Obama is expected to get in at 4:40 p.m. (nice, thanks!) and travel through the Los Angeles neighborhood of Westwood and through the city of Beverly Hills on his way to the events.

West Hollywood has already released street closure information. Closures are slated to begin this afternoon, and authorities advise residents, businesses, and visitors to plan ahead to avoid being inconvenienced by the restricted access and closed streets.

The following streets will be affected: