Raunchy & Crass With a Conscience, 'The Vault: (Unlocked)' at LATC 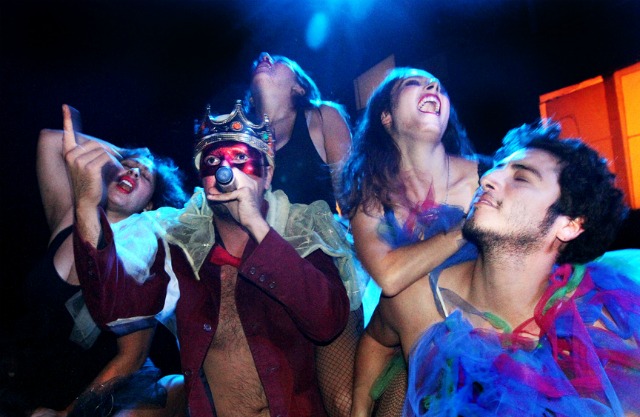 Based on the true stories of Downtown residents, the slightly seedy and deeply hilarious gentrification fable "The Vault: (Unlocked)" is currently playing at Los Angeles Theatre Center (LATC). Vault Ensemble pokes fun at the hipster colonization of Downtown Los Angeles, bundling social commentary on redevelopment and loss of urban culture into an edgy farce with musical influences. The work is clever, stylish, dark, and so funny that the audience is frequently overcome by tears, coughs, and strained belly muscles through intense laughter.

Under the direction of Garcia and Gomez, "The Vault: (Unlocked)" is fluid, atmospheric, artful, and well-executed. The audience is constantly entertained by the fresh, high-energy, home-grown production style. Costume design by Yoshino Miyazato is simple, modern and whimsical. Francois Pierre-Couture's set and lighting design is sharp and shadowy. It is by far the funniest show this reviewer has seen this year.

"The Vault: (Unlocked)" is playing through October 8, 2011 at Los Angeles Theatre Center. Tickets are $10 to $20 and available online