Sperm Bank Turns Down Redheads, Could Use Better Spokesperson 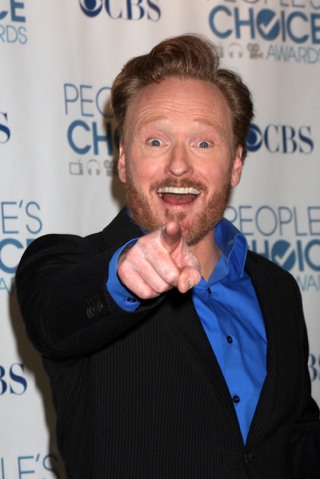 Photo by Helga Esteb / Shutterstock.com
It's a tough break for redheaded men hoping to make a buck off a quick...um...stop at the sperm bank. According to the OC Register, Cryos, one of the largest sperm banks in the world, has stopped taking donations from redheads due to lack of demand:

Among parents who use in vitro fertilization, there really isn’t much clamor for red-headed children. So the international sperm bank Cryos has stopped accepting sperm from carrot-top donors.

The bank, which is based in Denmark but has clinics around the world, apparently has reached its capacity of 70 liters of semen, and there are 600 donors on the waiting list. So the company can afford to be choosy.

Apparently brown-eyed and brown-haired children are the hottest commodity in certain countries, including Spain, Italy and Greece, whereas the largest — and seemingly only — place demanding redheads is Ireland (just to be clear, that's not a joke).

But in rattling off these stats to the Register, a spokesperson for the company used the following unfortunate turn of phrase when describing how their clinics are full to capacity with donations:

“We are drowning in semen,” Cryos director Ole Schou told the Toronto Star.