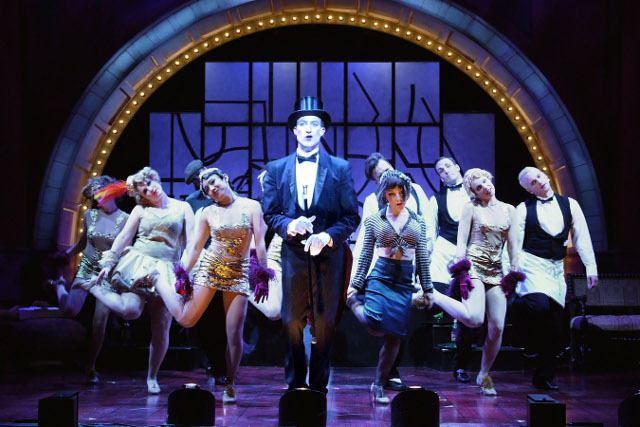 Whether it's film, live theatre or cabaret, all forms of entertainment can serve as a temporary escape from the daily challenges of modern life. In Reprise Theatre’s production of the classic American musical “Cabaret” at UCLA’s Freud Playhouse, the audience is made keenly aware of the dangers of ignoring changing society's unpleasant realities.

This glitzy, almost family-friendly version of the 1966 musical set in 1930s Berlin lacks any of the edge found in Sam Mendes' revival or Bob Fosse’s1972 film. The uninspired direction results in a safe and serviceable production for those who want to re-experience the musical, but it is unlikely to make new fans of what could be an engrossing and challenging night of musical theatre.

As the emcee, Bryce Ryness looks the part but occasionally comes across as clownish instead of the sinister anchor that establishes the play's tone. Lisa O'Hare’s Sally Bowles and Jeff McLean's Clifford Bradshaw fail to convey the internal conflicts and vulnerability that make the audience care about their fate.

The cast is blessed with strong voices and decent acting chops, but the show is hampered by sloppy direction and the decision to play it safe instead of daring to push the musical forward.