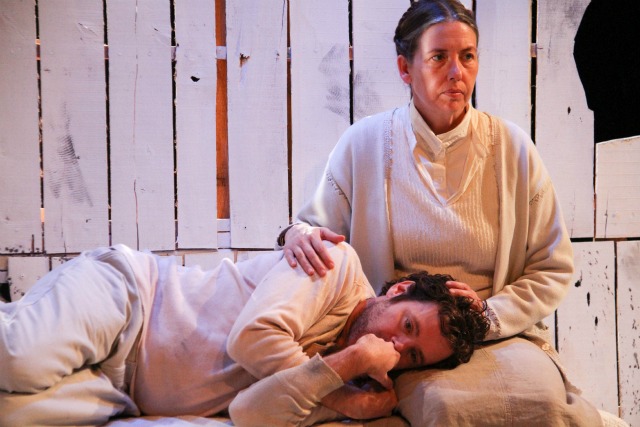 The plot of Stranger Things twists to eventually reveal art as a seemingly operative entity in its own right, but Christel Joy Johnson's performance drives the suspense and tone of the play. As the embittered Helga, Johnson is calculating, disturbing, and chillingly direct. Katharine Noon brings semblance and grace to the play in the difficult role of a physically and spiritually defeated mother. Doug Sutherland plays graphic novelist Johan with ethereal undertones and compassion. Finally, Brian Weir rounds out the cast as the most realistic and conventionally moral role, Matt. Weir skillfully and naturally manipulates Matt, bringing the entire play and his character through a major plot transition.

Clark's direction of Stranger Things is precise, effective, and brimming with beautiful aesthetic details: timing is used to imply page turns; color differentiates realms; and lighting is used to convey warmth and apathy. The entire set is ingeniously made of old shipping pallets and could easily hold its own as a gallery installation, but the Maureen Weiss design lends tremendously to the barren, comic-like atmosphere of the play.