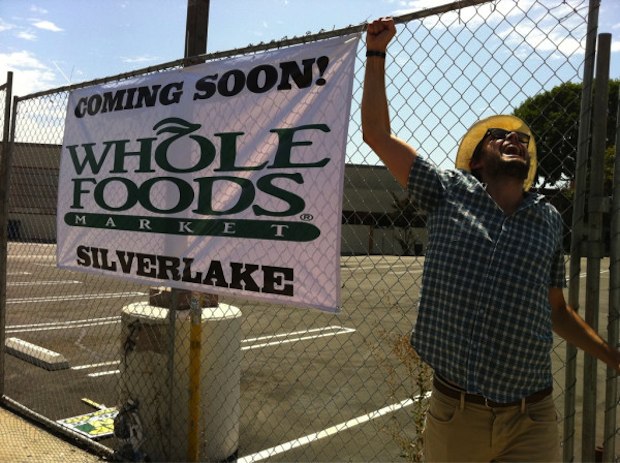 "Best day of my life!!!" Tweets @nickthune (via Twitpic)

UPDATE 9/6/11: We've learned that this was a hoax, Whole Foods confirms they will not open here.

Silver Lake hipsters are now going to have a new place to spend the change they put in their piggy banks after taking their glut of PBR cans to the recycling depot. The vacated Circuit City at 4400 W. Sunset is going to become a Whole Foods.

The Circuit City closed down for good in January 2009, and rumors have been swirling for years about what might take its place. Though some Circuit City locations have been snapped up by Sprouts markets, this one is destined to (hopefully) be filled with a zillion kinds of cheese, one of those pimp olive bars, all the organic all-natural "soda" you can guzzle, and enough $6 gluten-free vegan frozen lunches to take to microwave at your shitty day job to tide you over until the next payday.