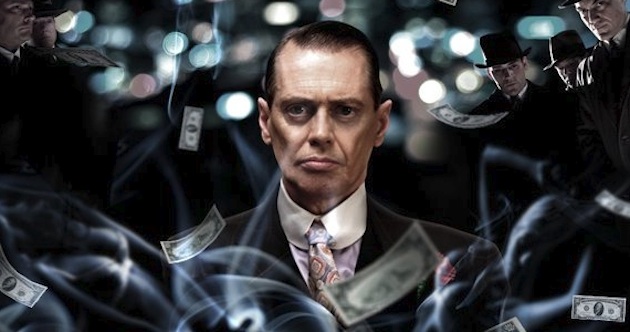 New York is now home to 23 primetime TV shows, 140+ news and talk shows, and these shows have 110 primetime Emmy nominations this year - pretty impressive for a city once thought "too expensive" to make a TV show. What's impressive are the significant investments the city government has made in building studios and establishing connections between productions and the suppliers they need. All that work means that NYC is getting $5 billion a year in economic benefits. Yes, this is paltry compared to Los Angeles but it's impressive to see how quickly this has grown under Mayor Bloomberg's tenure.
—-
Shawn Ryan has a new show on track for getting a pilot shot. "The Shield" and "Chicago Code" creator has "The Last Resort" cooking up at Sony Pictures Television to be aired on ABC at a still-to-be-determined date. The show is a thriller about a hunted nuclear submarine crew who decide to create their own nuclear empowered country. Oh, and we really really miss Ryan's other most recent creation, "Terriers."
—-
This Thursday "Louie" on FX is a full hour long and Louis C.K. has been tweeting that it's really great so we'll be tuning in. Check out the video below of Louis C.K. on "Conan" from August 18th. Also on Thursday, our comedian friend Bill Burr will be doing his 6th appearance on "Late Show With David Letterman" and it's a must-watch. Bill Burr will be playing Carnegie Hall in New York on November 11th which is an incredible achievement for any performer - congratulations to Bill!
—-
If the listings below look sparse there's a reason for it: there's nothing decent on TV tonight other than what you see. Thank god Ludo is coming to Redondo Beach, that's cool, but other than the late night offerings there isn't much in primetime. You can always watch the Vuelta online at UniversalSports.com where the coverage has been good but a little too short for my liking - you can watch it live on TV at 7am also. Hey, I like baseball too so sometimes I'll have the game on TV and then the Vuelta going on my computer, it's the 21st century.
—-
The TV Junkie Must-Watch Plan: "Ludo Bites America," "Chelsea Lately," "Late Show With David Letterman," "The Late Late Show With Craig Ferguson"