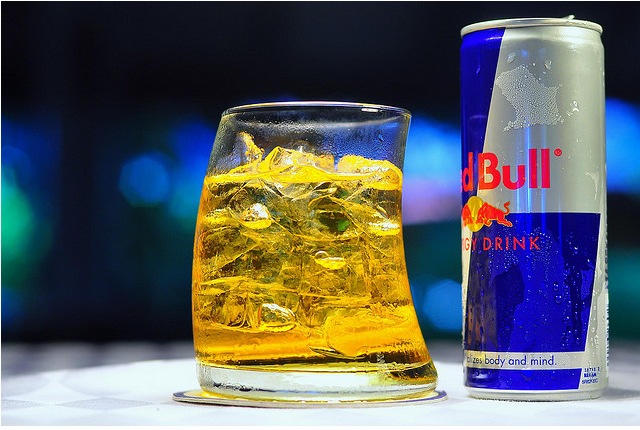 Photo by nattu via LAist Featured Photos pool on Flickr

South Pasadena police arrested suspected "Red Bull bandit" 21-year-old Eric Petrossian on Thursday believing he may be connected to a string of energy drink thefts in neighboring areas, according to Pasadena Sun.

The arrest came after a Glendale police officer viewed security camera footage of Petrossian at two supermarkets and said he believed Petrossian was connected to a previous incident, according to Det. Richard Lee of the South Pasadena Police Dept.

La Cañada Flintridge, La Crescenta, and two stores on Foothill Boulevard have seen a rise in Red Bull shoplifting. Petrossian may be connected to other Red Bull thefts and may be selling the stolen beverages, said Lee.

“Who they’re selling them to, we don’t know,” Lee said. “We haven’t found out, and unfortunately, they’re not products with a serial number that you can trace them.”