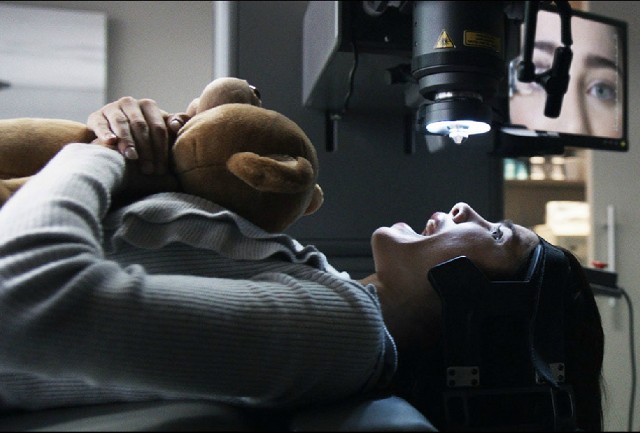 The release of Final Destination 5 this weekend shows that the preceding film in the horror series wasn't, as its title proclaimed, The Final Destination. Thank goodness! While the franchise won't (& shouldn't) win any Oscars, it delivers exactly what it promises: ridiculously contrived, increasingly gory death sequences.

For those unfamiliar with the Final Destination series, the story is thus: a paranoid teen (this time Nicholas D'Agosto of Heroes) receives a sudden vision of violent death. After convincing a group of friends something terrible, horrible, no good very bad is about to happen, they escape by the skin of their teeth. But Death never takes a holiday and works overtime to pick off the survivors. This time there's an escape clause: you can keep your life - if you take someone else's.

Director Steven Quale carries quite a lure for first time Finalists. While hardly a household name, Quale comes from the House of Cameron, having worked his way up from PA on The Abyss to FX work on Terminator 2 to second unit on Titanic & Avatar. At the very least, the 3D will be good. For series regulars, street cred comes courtesy of Tony Todd (Candyman)'s return to the franchise & castmember Emma Bell (from last year's fantastic Frozen).

Cult classic The Harder They Come put Jamaican film & reggae singer/star Jimmy Cliff on the map. The film's low-budget thrills & gritty authenticity enshrine it everywhere from the streets to the Smithsonian. Nearly 40 years later, Out the Gate aims to repeat that success for electro-dancehall artist Everton "E-Dee" Dennis. Out the Gate refreshes the rags-to-rumbles music biz blueprint by jumping genres and moving the action from the back alleys of Kingston to the highs & lows of Hollywood. Plus, it's a well-known fact that any trailer featuring a big dude & a bloody drill will get our attention.

Out the Gate premiered earlier this year, and returns this weekend for a late-night run at the Laemmles. Tonight, the film screens at 9:45 at the Royal Theatre, with an E-Dee after-party at the Cabana Club in Hollywood. Saturday & Sunday shows come close to midnight at the Sunset 5. Eff yah worry yah caan keep up wit all dose accents, the film will be subtitled.

Seeking more adventurous cinema? Check out our weekly guide to the best of LA's repertory theaters, exclusive screenings & midnight movies. This week we have special coverage of rock docs around the clock at Hollywood Forever & Cinefamily.