TV Junkie: A Review of the Television Critics Awards Winners 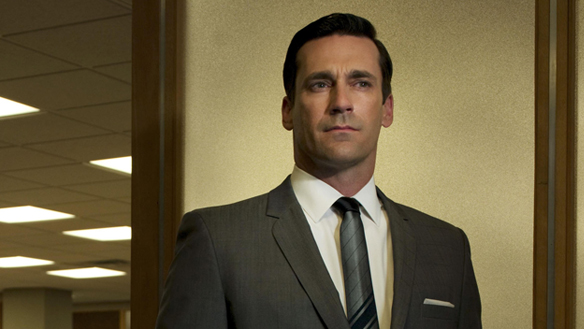 This past weekend the Television Critics Association, of which I am a member, had it's 27th annual awards ceremony. While I wasn't able to attend the ceremony, I did vote and here's how my vote tallied up with the final list (with some opinionating thrown in, of course):

Individual Achievement in Drama: Jon Hamm ("Mad Men" AMC). My nomination and final vote was for Margo Martindale ("Justified" FX) but I would have also been satisfied with Steve Buscemi ("Boardwalk Empire" HBO) over Hamm as the most recent season of "Mad Men" has been its most weak and most focused on Don Draper when, in fact, it's a better show when spread around the ensemble.

Individual Achievement in Comedy: Ty Burrell ("Modern Family" ABC) and Nick Offerman ("Parks and Recreation" NBC). My nomination and vote was for Louis C.K. because as creator, writer, director, editor, producer, and principal actor of "Louie," the most fearless comedy on television, there was nobody that even came close to him in this category. Bizarrely we have a tie between two members of ensemble-driven shows. Burrell and Offerman are fantastic comedic actors, no doubt, but their precious few moments on screen per episode just don't compare to what C.K. has created.

Outstanding Achievement in News and Information: "Restrepo" (National Geographic Channel). I nominated "Restrepo" and "Gasland" (HBO) which were the most worthy of recognition in this category. Congrats on getting (only) this one right TCA.

Outstanding Achievement in Reality Programming: "Amazing Race" (CBS). Is anyone else sick and tired of contest-oriented series winning this kind of category whether it's the TCAs or the Emmys? I was pleased to see my nominee "Anthony Bourdain: No Reservations" (Travel) make it to the final round but very disappointed to see the TCA succumb to hype. I have a lot of admiration for the logistics that go into creating "Amazing Race" and their selection process is also inspired casting, but that doesn't make it "the best" or the "most interesting" unless you have the attention span of a gnat. In contrast, Bourdain brings together culture, literature, history, gastronomy, and a liberal dose of humor to something that is so much more than just a travelogue.

Outstanding Achievement in Youth Programming: "Sesame Street" (PBS). It's difficult to fault a show so consistently oriented towards the education and betterment of our children but it would be nice to see other types of programs win this category. I nominated last year's winner, "Yo Gabba Gabba" (Nick Jr.) as well as "Adventure Time" (Cartoon Network) but of the two only "YGG" made the final round. It would be great to see "Adventure Time" win the Outstanding Short-format Animated Program at the Emmys in lieu of it being passed over by the TCA.

Outstanding New Program: "Game of Thrones" (HBO). I had nominated "Louie" (FX) and "Terriers" (FX) with "Terriers" making the final round. Everybody at the TCA knows that HBO will be divvying up the Emmy spoils with "Game of Thrones," "Boardwalk Empire," and "Mildred Pierce," so why have the same stuff repeated here? This was a chance for the critics to honor shows that are below the radar and that deserve, or deserved in "Terriers" case, more attention and seasons.

Outstanding Achievement in Movies, Miniseries and Specials: "Masterpiece: Sherlock" (PBS). This came in totally out of left field. I knew that my nomination of Comedy Central's "Give It Up For Greg Giraldo" was vain and futile but I had though for sure that my alternate, Sundance's "Carlos," would have made it, but sadly not. Of the remaining nominees, I thought that there was no way that HBO's Too Big To Fail wouldn't win, based solely on the amazing cast that was put together, and who performed admirably, but to see this very dry PBS production get the honor makes me realize that I just don't really know anybody at the TCA, certainly not Biblically.

Outstanding Achievement in Drama: "Mad Men" (AMC). This pick was just too predictable after my two nominations "Sons of Anarchy" (FX) and "Men of a Certain Age" (TNT) didn't make the cut. Even hardcore fans of "Mad Men" would have to admit that last season was the weakest of the series but this was a Hobson's Choice for the TCA as the other contenders weren't any stronger.

Outstanding Achievement in Comedy: "Modern Family" (ABC). While I'm a big "Modern Family" fan, I'm not sure that the show should have won this category two years in a row. I think all the magazine covers had an effect on the TCA membership (shame!). I should have kept my expectations in check despite getting both my noms "Louie" (FX) and "Raising Hope" (Fox) on the ballot.

Career Achievement Award: Oprah Winfrey. Again, the hype machine worked and the TCA succumbed. I would have given anything to see Cloris Leachman (my nominee on the ballot) get up and give the crowd a piece of her mind, and she would have shown up too!

Program of the Year: "Friday Night Lights" (DirecTV/NBC). Hey TCA, wake up, this show needed this recognition years ago, not the year it got cancelled.

So what does this all mean? If even the Television Critics Association can't keep the publicist hype machine at bay, it means that we're headed towards another incredibly boring and predictable Emmys as that organization is verging on directly competing with the populist Peoples' Choice Awards. I've always regarded the TCA awards as a place to make a political statement to network executives and programmers. As viewing options increase by the multitude year over year, a devoted follower of a well-produced program is going to be more valuable than hitting a peak of viewers for one show's episode.

As an idealist, I want to see the best written and produced shows live on no matter how few eyeballs are watching it. But pragmatically speaking, who has more disposable income and is interested in paying a premium for quality, a "Hell's Kitchen" viewer or a "No Reservations" viewer? Or a "Men Of A Certain Age" viewer vs a "Franklin and Bash" viewer? Which shows have the capacity to develop and age well over multiple seasons and have a life on DVD or Netflix? Critics have an opportunity to identify a truly great show over what's popular at the moment and it's a shame when they don't take advantage of that opportunity.
—-
About a year and a half ago I interviewed film director Adam Green (Hatchet, Hatchet II, Frozen, etc.) and he's now starring in a TV show on FEARnet, "Holliston," that he will also be writing, directing, and producing. Green has envisioned a "horror-comedy" set in the town of Holliston, MA, that follows the lives of Adam and fellow director Joe Lynch, "two friends chasing the dream of becoming horror movie filmmakers while struggling to make ends meet," dealing with the opposite sex, and their post-college jobs at a Boston cable access station where they also host a late night movie show. "Holliston" begins shooting this fall and will be available on FiOS, , and wherever FEARnet will be distributed at that time.
—-
The TV Junkie Must-Watch Plan: "White Collar," "Chopped," "Chelsea Lately" (Actress Rose McGowan; comic Natasha Leggero; comic Jo Koy; comic Bobby Lee), "The Colbert Report" (The Cars), "Late Night With Jimmy Fallon" (Actress Katie Holmes; The Kills perform; Gary Clark Jr. performs with the Roots)

9:00pm White Collar USA - Countdown Neal and Mozzie must stay ahead of the FBI when one of the treasure's paintings is flagged.

10:00pm Chopped Food - My Way A fruit with two seafood ingredients; time runs out when a mystery ingredient is undercooked.

10:00pm Covert Affairs USA - World Leader Pretend Annie must make a difficult choice after convincing a scientist to defect to the United States.