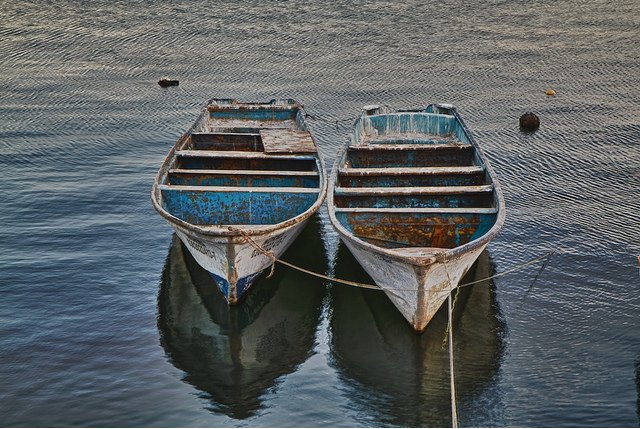 It's a big week for smuggling and it's only Tuesday. The discovery of a capsized "smugglers' boat" in the surf near Palos Verdes Estates has prompted an investigation, says the Daily Breeze. On Sunday, three suspected smugglers were arrested on a small boat off Newport Beach after hurling packages into the ocean.

Police were notified around 6:30 a.m. after a paddle boarder spotted the small boat and what appeared to be life jackets floating near Palos Verdes Estates. 17 large, blue, gas cans were recovered from the shore. Officials cordoned off the area but found no suspects. Authorities believe the boat was either smuggling drugs or people. Divers will likely search for marijuana on-board.

The boat appeared to be similar to the 25-foot Mexican fishing vessels discovered recently on Palos Verdes Peninsula beaches and in Orange County as smugglers use the ocean to evade tougher conditions at border stops on land. On May 13, a 25-foot skiff was found abandoned on the same Palos Verdes Estates.