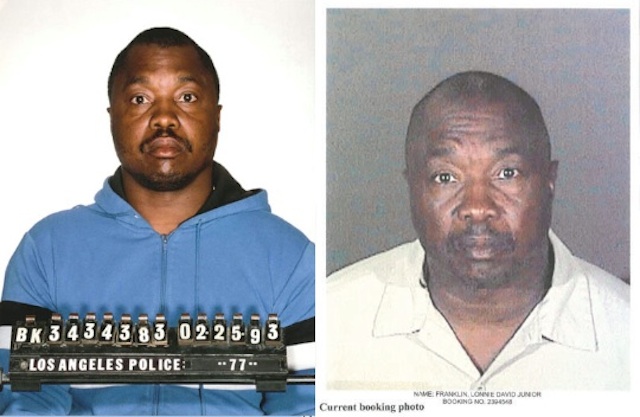 In an effort to identify additional victims of the Grim Sleeper serial killer, Los Angeles Police Department detectives "have significantly widened the number of cases they are reviewing", and are currently examining 230 unsolved killings and missing persons cases dating back to the 1970s, says the LA Times.

Grim Sleeper suspect Lonnie David Franklin Jr., who previously worked with the Los Angeles City Department of Sanitation and in the LAPD's motor pool, is already charged in 10 killings.

The expansion of "reviewable cases" began with 60 files "as LAPD robbery-homicide detectives sought to include cases in South Los Angeles dating to May 1976, when Franklin got out of the Army." Previously, the search focus had been from the early 80s until the time of Franklin's arrest in 2010.

Officials said they are not sure how many cases might ultimately be linked but that they considered it important to cast the largest net possible.

Looking to freak yourself out today? How about a little light reading... The complete LAist Grim Sleeper archive.