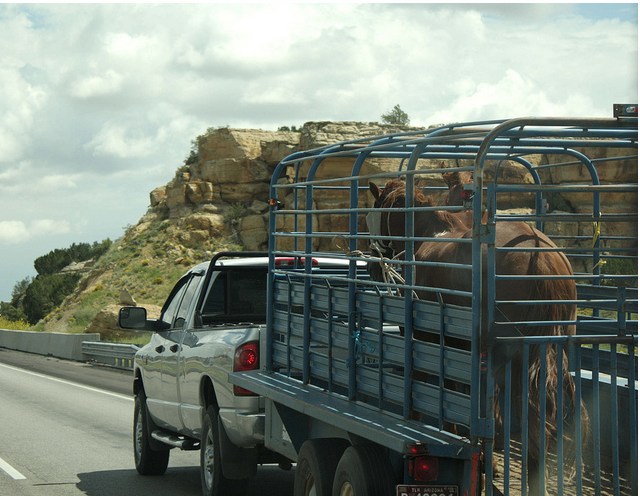 Officials say a drunk man was arrested Saturday after crashing his SUV on 60 Freeway, according to ABC Local. The man was towing a horse trailer at the time of the crash causing it to overturn, trapping inside two horses.

Three lanes of the eastbound 60 Freeway near Brea Canyon Road in Diamond Bar were closed as rescuers worked to safely remove the animals. Handlers noted that the horses "were frightened but appeared to be fine," as they were extricated and moved into another trailer.

No other vehicles were reportedly involved in the crash.