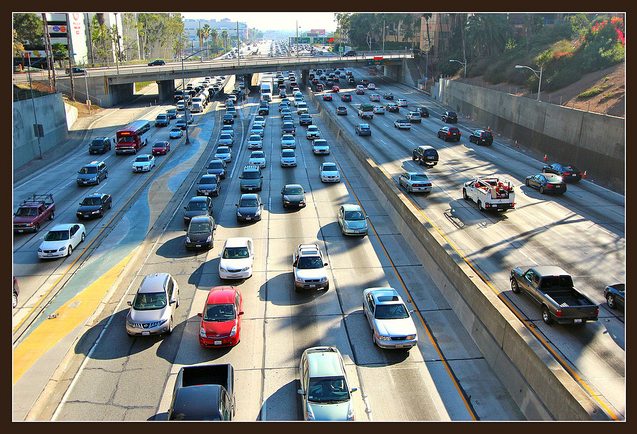 Photo by Eric Demarcq via the LAist Featured Photos pool

File this under Not at All Surprising: 84% of commuters in the Los Angeles-Long Beach-Santa Ana region drive themselves by car, truck, or van, between home and work. The data comes from an analysis of the U.S. Census Bureau’s 2009 American Community Survey, reports the Los Angeles Business. Sheesh. No wonder we wigged the eff out about Carmageddon!

Another look at the numbers by Los Angeles Business does the job of determining how many people spend how long getting between home and work:

The rest of the region's commuters get around as follows:

Where in the U.S. do they drive more than in the greater L.A. area? That would be in Mobile, Alabama, where a staggering 95.4% of the population gets to work by car. You'll find the most public transit usage in the New York-Northern New Jersey-Long Island, N.Y.-N.J.-Pa. area, with 30.5% of workers riding the buses and rails to get to their jobs. So who is going to move? Or get yourself moving to work in another way?