Meet the New Boss: Android is the Top Smartphone OS According to Nielsen Survey 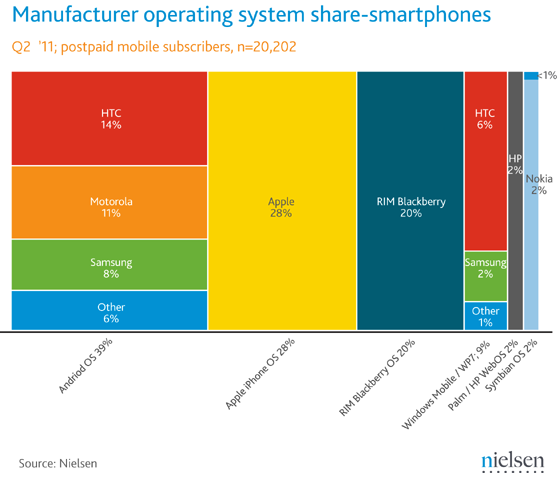 Google's Android operating system is solidifying itself as the most popular in the U.S. as it continues increasing its market share over Apple's iOS and RIM's Blackberry in recent surveys.

Nielsen's June numbers on smartphone puts Android's U.S. market share at 39%. Apple is the leading manufacture of smartphones and though it's availability on Verizon has provided a significant boost to it's market share, it may see a bump this fall with the release of iPhone 5 (now rumored to be the second week of September).