Robbers Pose as FBI, Walk Out of Burbank Home with $20K 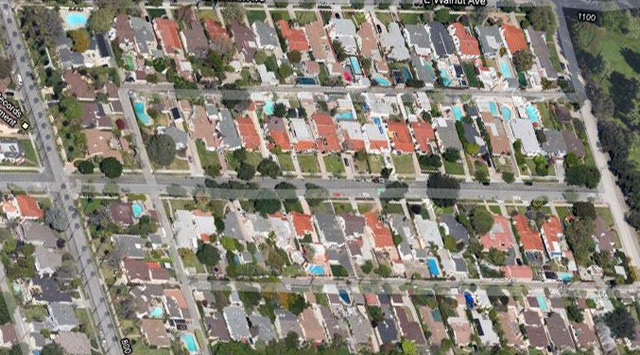 Satellite view of the tony 1000 block of Fairmount Rd. in Burbank, where one of these homes was robbed early Wednesday. Want some? The L.A. Times will take you to the front door. Don't forget your (fake) badge.

Three men wearing ski masks banged on the door of a home shortly after midnight and flashed badges to a married couple and their teenage son inside, according to Burbank Police Sgt. Adam Cornils. One of the invaders had a gun.

The suspects took off but if you see three dudes with black masks and black clothes and black gloves demanding money, their FBI badges are FAKE! Call Burbank police with any information at (818) 238-3000.