(NSFW) Just What It Sounds Like: 'Topless Day' Returns To Southern California On August 21 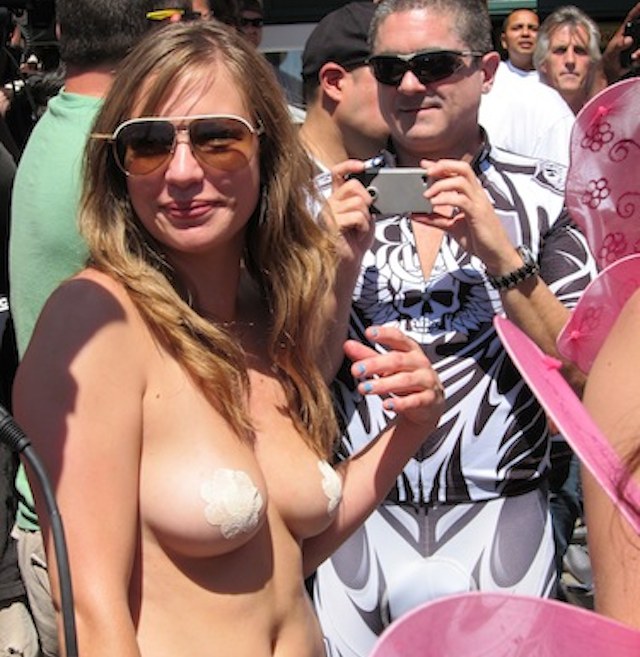 Sometimes an event is so compelling that it's capable of converting even the most freewheeling, non-planners into type-A time watchers. Buy a calendar, and write this down. Sunday, August 21 is Topless Day.

Southern California breast fans will be assembling at 1:00 p.m where Navy Street meets Ocean Front Walk at the sand in Venice Beach, and marching for the right of women to go topless in public anywhere a man is allowed to go topless.

Founded in 2007, the GoTopless movement essentially claims that women have the same constitutional right as men to bear arms to bare chests. The protest route follows Ocean Front Walk to Windward Circle where entertainment and speech giving will begin around 3:30 p.m.