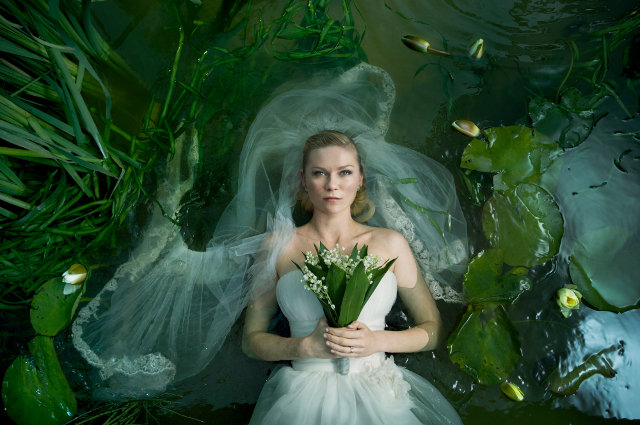 Is it a smart move to release Captain America: The First Avenger on Comic-Con weekend, as every media outlet (including us) talks comic movies? Or is it short-sighted, since all the fan-boys are in San Diego? Regardless, Marvel goes red, white & blue in a bid for many shades of green.

Chris Evans continues his comic streak as the lead, following turns as Human Torch in Fantastic Four & skater-turned-evil-ex Lucas Lee in Scott Pilgrim vs. The World. For those unfamiliar with the comics, the good Captain is an experimental "super soldier", who debuted 70 years ago with a spectacular sucker punch to Adolf Hitler. Sadly, producer Kevin Feige told io9 that iconic scene will not appear in the new film. Instead, Mr. Smith goes against Washington, with Hugo Weaving (The Matrix) as the criminal mastermind Red Skull. Joe Johnston (Jumanji) directs from a script by Christopher Markus & Stephen McFeely, who previously adapted the Chronicles of Narnia.

In some circles, Lars von Trier is a cinematic supervillain, but his films are as fascinating as they are provocative. In his latest, Melancholia, the Danish director finally goes all the way from destroying individual lives to destroying the planet. A confused bride (Kirsten Dunst) & her sister (Charlotte Gainsbourg) come to blows on the eve of an apparent apocalypse. Melancholia broke waves at Cannes earlier this year (despite von Trier's firm planting of foot in mouth), but won't open wide until much later this year. Luckily, we live in LA, so the film plays for one week at an under-the-radar, awards-qualifying run at Laemmle's in West Hills. If you go ga-ga for Gainsbourg, make sure you also see her in The Tree at the Nuart, also for one week only!

Are you an adventurous film-goer? Then check out our weekly guide to the best of LA's repertory theaters, exclusive screenings & midnight movies. This week we have special coverage of LA Shorts Fest!