Drunk Man Gets Kicked Out of Bar, Walks Out and Crashes Car Into It 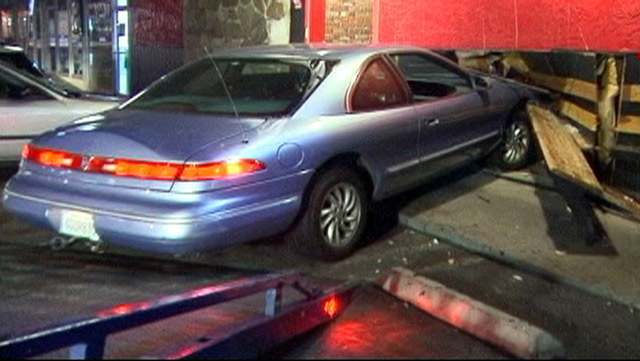 A man who was apparently booted from a Hacienda Heights bar for being too drunk, walked out of the bar and into his car. He then proceeded crash into the front of the building.

The apparently intoxicated man was kicked out of the Sunset Room around midnight Tuesday night when karaoke was in full swing with about 80 patrons in the house, according to NBC LA.

The L.A. County Sheriff's Department responded and noted that the driver's car may have had transmission issues. Thankfully, the car's progress was halted by a large set of speakers on the other side of the wall and nobody was injured. The man was taken into the Sheriff's Industry Station.