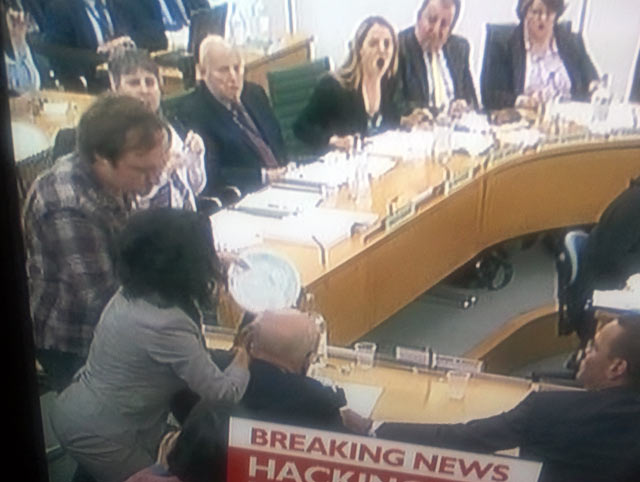 A man "attacks" Rupert Murdoch with a plateful of shaving cream at Tuesday's Parliamentary hearing. (via Twitpic)

The eyes of the world are on London today, where Rupert Murdoch is testifying before Parliament on his role as the puppeteer, er, chairman behind News International's (which operates in the U.S. as News Corp) shady dealings which allegedly range from hacking the phones of abductees and 9/11 victims to paying off British authorities for access to info and more.

But behind every media mogul is an even stronger baronness. Meet Wendi Deng, Rupert Murdoch's third and current wife. Earlier Tuesday she took down an attacker who snuck up behind her husband and stuffed a cream pie in his face during the hearing. Watch, sigh, applaud below.