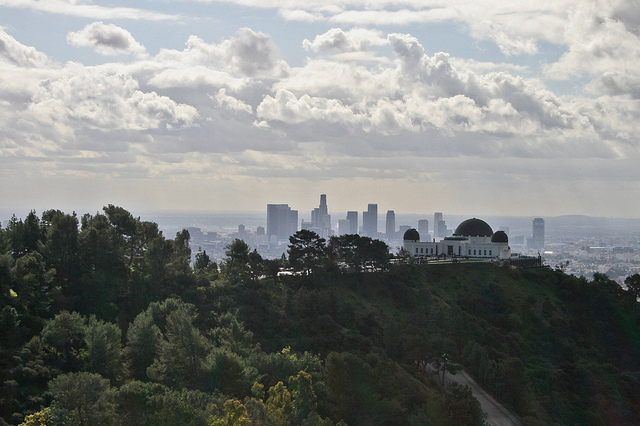 Photo by life serial via the LAist Featured Photos pool on Flickr
July is National Parks & Recreation Month, and all month long LAist will be featuring a hand-selected park a day to showcase just a few of the wonderful recreation spaces—big or small—in the Los Angeles area.

LA locals know Griffith Park is one of the greatest natural resources in our city. The park is an amorphous urban oasis that sprawls across 4,217 acres of the Santa Monica Mountains and boasts over 56 miles of hiking and horse-back riding trails, a zoo, an observatory, a golf course, a music venue, multiple museums, and a railroad. And unlike other city parks, our urban oasis is not only natural, steeped in history, and primo fodder for hard-core hikers, it’s a massive wildlife preserve that houses native animals, insects, and flora. Let us count the ways in which our ‘city park’ is unlike any other: 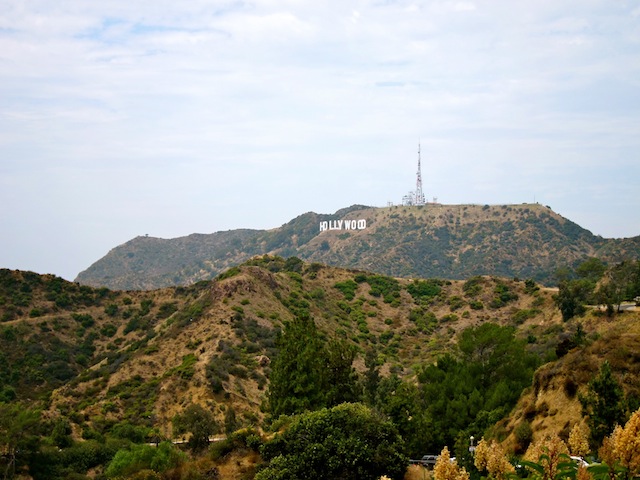 1.) Griffith Park is Rooted in Wild West History
The first known settlers of what is now Griffith Park were the Tongvas Indians, who resided along the river and low-lying areas in rancheria-style adobes. The largest rancheria in the region was known as Rancho Los Feliz (a name you might be familiar with if you’ve conducted a Los Feliz Craigslist search in recent years, thanks to the aggressive marketing campaign of a local apartment complex that bears the same name). In 1882, Colonel Griffith J. Griffith, a CA mining tycoon originally from the South of Wales, purchased 4, 071 acres of Rancho Los Feliz and later donated a little over 3,000 acres to the city of Los Angeles to be used as a park (other land donations and city-zoning have granted the Park 4,217 acres at present). And you can thank Griffith for envisioning what is now the Greek Theater and the Griffith Park Observatory—he left funding for both in his will. (But before we allot Griffith too much praise, it should be noted that the successful businessman shot and severely wounded his wife in 1903, for which he was later tried, sentenced, and sent to prison. For more on the eccentricities of Griffith Park's donor, check out Mike Ebert's article, "Griffith Park's Unique Donor.") 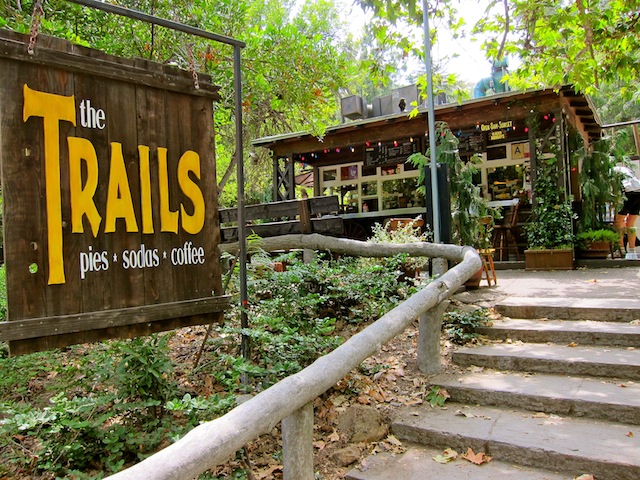 2.) We Prefer the Real Thing When It Counts: Griffith Park Is Au Naturel
While manicured lawns and pathways are all-too-common in other urban parks, Griffith Park is dramatically vertical and predominantly untamed. The park culls real dirt trails, 360 degree city and mountain views, and naturally low-lying regions like the LA River flood plain. And at its highest peak on Mount Hollywood, the Park boasts an elevation of 1,625 ft. You'll also find native plants like oak, walnut, lilac, mahogany, sages, and sumac throughout the park. For more on Griffith Park’s plant-life, visit the Friends of Griffith Park website. 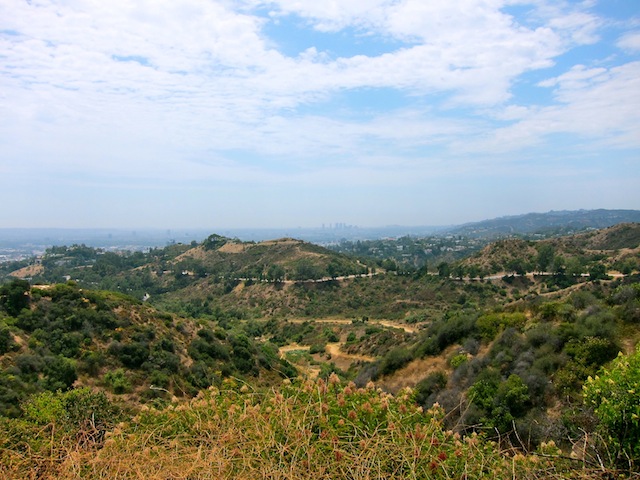 3.) In Griffith Park, ‘Fauna’ Doesn’t Include Pigeons, Cockroaches, and Small Leashed-Dogs: Wildlife
Just a few of the inhabitants of Griffith Park include mammals like mountain lions, bobcats, mule deer, coyote, and the gray fox. Snakes like the California kingsnake and western rattlesnake. Birds including the California quail, acorn woodpecker, and purple finch. Insects such as scorpions, Jerusalem crickets, trapdoor spiders, and striking butterflies. Amphibians like the black-bellied slender salamander, Pacific chorus-frog and western toad. And if all goes as planned with LA River restoration efforts, we might soon add grizzlies and steelhead trout to the list. For a great interactive map of all the wildlife in Griffith Park, visit griffithparkwildlife.org.

4.) Griffith Park Rangers Rangers in Griffith Park are eager to provide information for visitors and nature lovers. Just ask Ranger Ernie, who is one of Griffith Park's beloved aficionados. “Nature has a lot to offer,” he says, “and it brings you back to who you are.” Ranger Ernie is committed to promoting education about the park. He hosts guided nature walks, day hikes for beginners, and even night hikes (that’s right, night hikes). He encourages anyone interested in nature to join him on an upcoming guided park tour. You can find more information about the park and its Rangers at the Griffith Park Rangers Station and at LA Parks online. 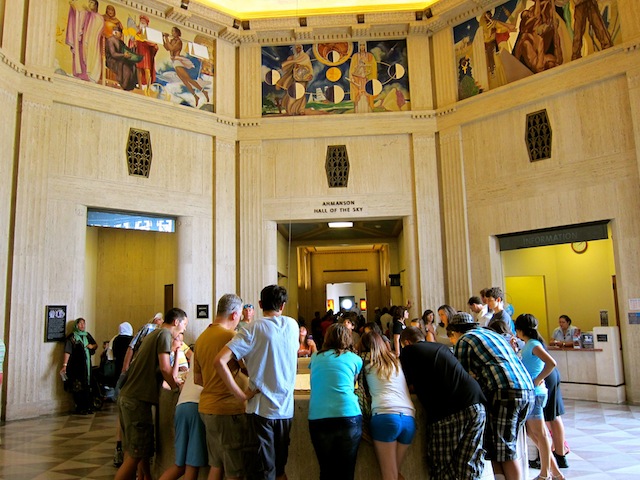 5.) The Greek Theater: Affectionately dubbed ‘The Greek,’ this world-renowned concert theater has received multiple awards as North America’s Best Small Outdoor Venue by Pollstar Magazine. Some of the biggest names in music have graced its stage from The Who, Pearl James, Tina Turner, Elton John, The White Stripes, and Paul Simon. The venue boasts 5,801 seats with top-of-the-line acoustics and stage views. Upcoming concerts include: Peter Frampton, YES/STYX, Lykke Li, The Decemberists, Addelle, and Atmosphere. 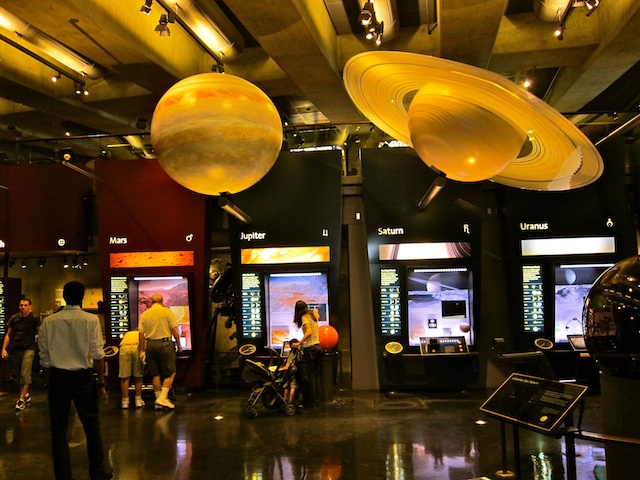 6.) We Have A Thing For Stars: The Griffith Observatory: One of Griffith Park's major attractions is the state of the art Griffith Observatory;—an internationally-renowned resource for astronomy and science, located on the south side of Mount Hollywood, at 1,134 feet above sea level. The beautiful and recently renovated observatory features dozens of public educational programs, free laser shows, and local astronomy tutorials. And for those interested in the other stars, the Observatory provides an ideal place to ogle the Hollywood Sign. 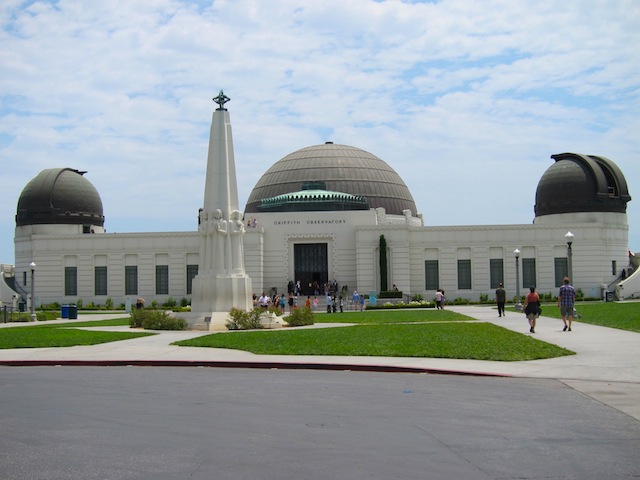 7.) A Museum For the West, By The West: The Autry National Center: Griffith Park is host to one of the most important cultural museums in Los Angeles. Established by Gene Autry in 1988 to promote the arts and culture of the American West, the museum features special exhibits, ongoing installations, community programs, family activities, lectures, readings, film screenings, music festivals, and theater performances. 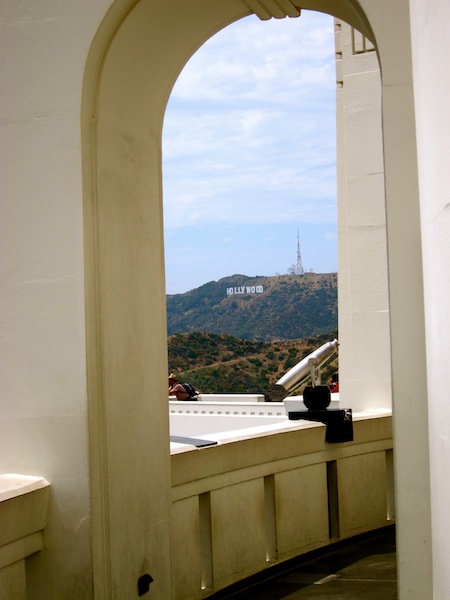 8.) Griffith Park in Film Griffith Park has been featured in several major movies. The park plays a substantial part in the 1955 classic film Rebel Without A Cause—just look for James Dean’s statue outside the Griffith Observatory. The park has also made appearances in The Terminator, The Rocketeer, Back to the Future 1 and 2, Invasion of the Body Snatchers. You'll also find the 'Batcave' from the Batman TV series in Bronson Canyon, which was once the site of an old quarry. 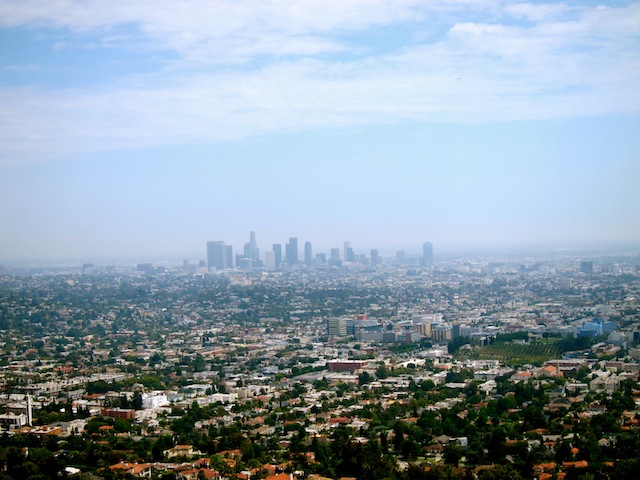 9.) Family Programs and Activities: There are a number of family activities available at Griffith Park. Join the nearly 600,000 other yearly passengers and take a Griffith Park Train Ride over bridges and parkland, and catch a glimpse of 'Western Old Town.' The Travel Town Museum provides an educational opportunity for people of all ages to learn about LA's railroad heritage. The LA Zoo and Botanical Gardens is home to more than 1,100 animals, birds, and reptiles, including 29 different endangered species. Take a whirl on the park’s iconic Merry-Go-Round, which, urban legend decrees, was once frequented by Walt Disney and his daughter—the attraction is said to have been the inspiration for DisneyLand. Everyone can play at Shane’s Inspiration—the first and largest Universally Accessible Playground in the country, where children of all ages, regardless of disability, can play together. And if you’re looking for more quality family time, the Hollywoodland Camp for girls and the Griffith Park Camp for boys offer “weekly, weekend, and parent-child sleepover camps.” The sessions include hiking, swimming, quality campfire time, horseback riding, and arts and crafts. Llive performances also take place regularly in the park, like Shakespeare in the Park, Salsa Dancing at the Autry, and Symphony In the Glen. 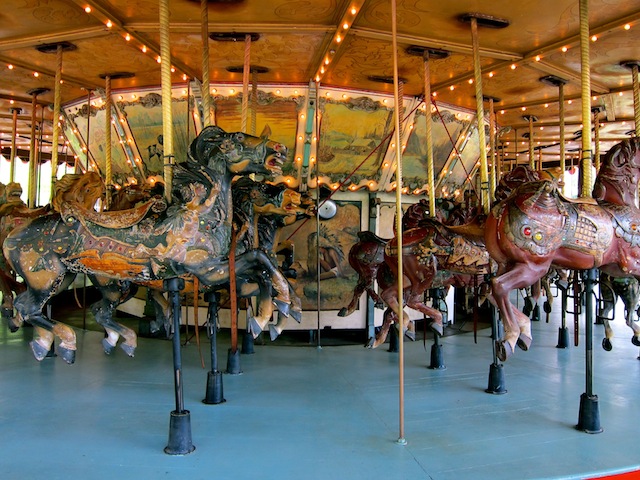 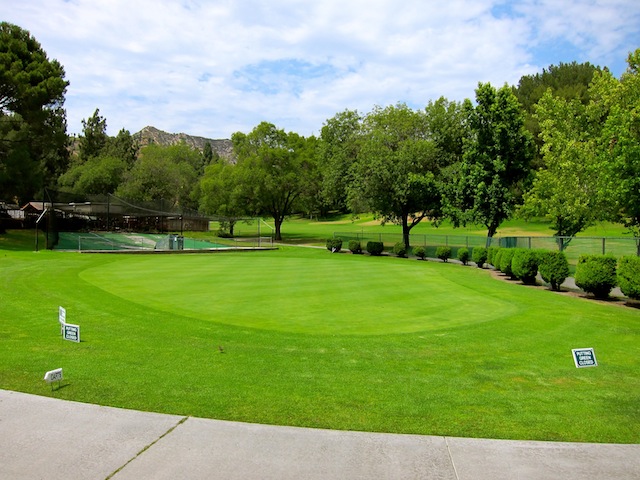 12.) Griffith Park Lore: Local Griffith Park expert, Mike Eberts, is the founder of The Griffith Park History Project and the author of Griffith Park: A Centennial History. His website is a great resource for less-known facts and stories about LA’s premier urban wilderness. Check out Eberts' article, 'The Curse of The Felizes.' Did you know there was a curse on Griffith Park? It involves smallpox, a last-minute will-change, ghosts and a vengeful niece. Other urban legends? The Fountain of Youth in Fern Dell, The Haunted Picnic Table of Griffith Park, and The Haunted Old Zoo.

As LA’s largest historical monument, Griffith Park represents the untamed qualities of the West—canyons, river plains, caves, low-lying slopes—and it provides the one thing hard to come by in most cities, space. On a late afternoon in Griffith Park, among the dusty trails and red-faced joggers, minding camouflaged lizards and camera-necked tourists, you can find a sunset that is capable of beautifying the thickest of smog, pacifying the most exasperated of car horns, pulling taillights west to the ocean, across this vast and nebulous city. And there, in the Griffith, you will find more than just another city park. You'll find L.A.