California Presidential Primary Vote to be Moved to June 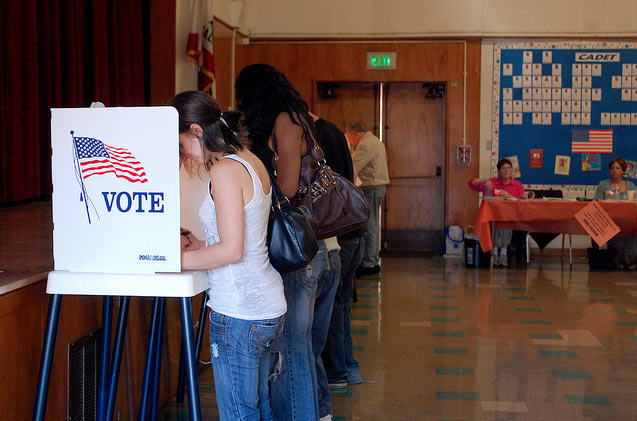 Photo by Robbie via LAist Featured Photo Pool on Flickr.

Pending Gov. Jerry Brown's signature, California's vote in the 2012 presidential primary will move from February to June, meaning we'll only have to get to the polls twice next year instead of three times.

The state senate voted 34-3 on Thursday to move the date to June and consolidate the presidential primary election with the state primary vote, according to Capitol Alert.

The state legislature voted to move the Presidential primary to February to be part of the 2008 election's so-called Super Tuesday. The additional election day cost the state nearly $100 million but gave reason for this publication to host an historic Super Tuesday party.

The Bill, once signed by Gov. Brown, would make the primary date June 5, 2012. Whether or not California's plethora of "Decline to State" voters will have the chance to chime in on a Republican presidential candidate may be another story.