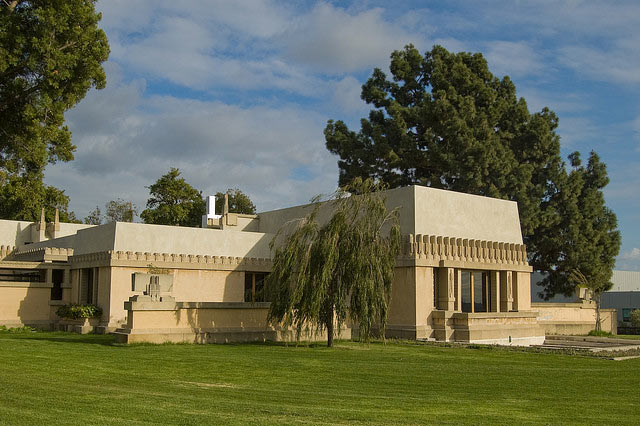 To qualify for World Heritage status, a building must be not only an “outstanding” example of architecture but a “masterpiece of human creative genius,” according to KPCC.

Hollyhock House, designed in 1921 for Aline Barnsdall, is one of seven Frank Lloyd Wright homes around L.A. Tours of the house are open to the public on weekends ($7/adult).

Most World Heritage sites in the U.S. are national parks, including Yosemite and Redwood in California. But Secretary Salazar looked to buck that trend today, nominating eleven Frank Lloyd Wright-designed properties, spanning 60 years of the architect's work.

The nominees could could be designated UN World Heritage sites by 2014.