LAist Interview: Author Chad Kultgen on 'Men, Women and Children,' His Ex and The Olive Garden 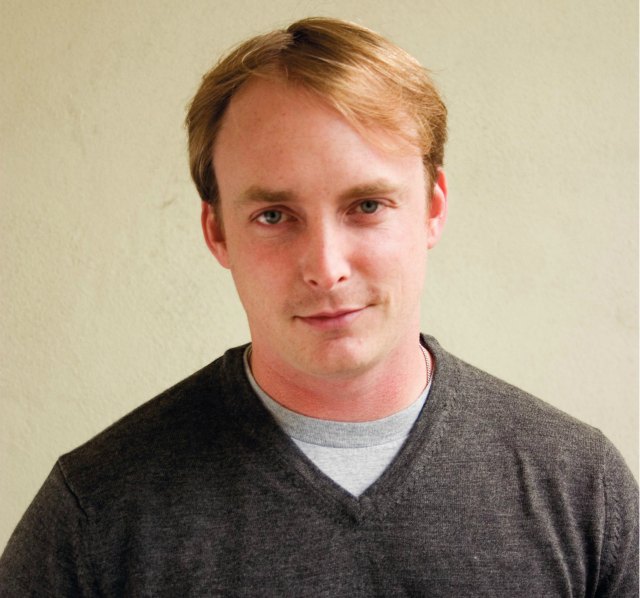 Last month, we had a chance to interview writer Hilary Winston (My Name is Earl, Community, Happy Endings) about her book My Boyfriend Wrote a Book About Me. She wrote it as a retaliation/response to her ex-boyfriend Chad Kultgen's novel The Average American Male, where she found less-than-veiled references to their relationship.

We were recently offered the chance to interview Kultgen about his latest novel Men, Women and Children — a dystopian look at life in the suburbs. Sex, technology and more sex are front-and-center for the junior high kids and their parents in this to sometimes devastating consequences.

Of course, we also had to ask him his thoughts on Winston's book and where he likes to spend time in LA.

LAist: How did you research the lives of junior high school kids in “Men, Women and Children”

CK: I just went online. I knew from the beginning that I wanted certain characters to have specific interests or dysfunctions so I just scoured various websites that were forums for teenagers with those interests and/or dysfunctions. In every case I was able to find virtually limitless posts from teenage kids on any one of the things I was researching. And some of the characters weren't researched at all. Some of them were just constructed from my imagination and things I felt were floating around the zeitgeist at the time I wrote the book.

LAist: Is there a character in the book that you most relate to?

CK: Definitely the Internet prostitute, Angelique Ice. I'm kidding. Honestly, there is something that I relate to with each character. The character that has the most attributes I relate to is probably Tim Mooney, the 8th grader who is addicted to World of Warcraft and takes an interest in Carl Sagan. Sagan was one of my heroes as a kid (and continues to be even in death). And I must admit that, until recently, I played several hours of WoW a day. His realization that nothing any human being ever does will matter in the overall scheme of the universe is one that I also shared at roughly his age.

LAist: What writers inspire your work?

CK: The writers I've read the most are generally sci-fi and fantasy writers. Isaac Asimov, Frank Herbert, Rudy Rucker, Philip K. Dick, Robert Jordan. I don't know if they've directly inspired anything I've written but each of those guys definitely shaped me as a human being. So I'd assume that they have something to do with the way I write.

LAist: Do you approach writing for TV/Film different than writing novels?

CK: Absolutely. You can't really use profanity in a half-hour network sitcom. Aside from that I think books will always give a writer a chance to explore characters and the way they think in a way that TV and movies never can. A book can be anything you want it to be as a writer. It doesn't necessarily have to adhere to genre or length for that matter. If you're writing a sitcom you have a certain page limit that it's not too good to exceed. The same can be said of a movie. That said, movies and TV each have their own unique set of benefits that a book can't offer. I like them all and they're all very different jobs. 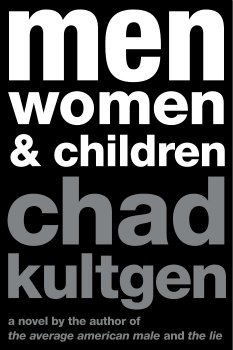 Kultgen's book has sex on the brain.
LAist: I have to ask your thoughts on Hilary Winston's book, My Boyfriend Wrote a Book about Me. You are in it prominenty. Have you read it? If so, what do you think about your portrayal? Are you going to write a rebuttal novel?

CK: I have read her book. It's extremely well written and laugh out loud funny. Very rarely do you get an autobiographical book written by a woman about the trials and tribulations of her dating life that centers on a bad break-up which ultimately leads her to realize that she doesn't need a guy to be happy. Hilary is one of the wittiest ladies I've ever met and I wouldn't want anyone else but her to write a book about our relationship. I thought her portrayal of me was spot-on and I hope to see a sequel as soon as possible. As for me writing a rebuttal novel... I think I'll stick to writing fiction.

LAist: What's your next project?

LAist: What part of LA do you live in?

LAist: Visitors are coming from out of town...where do you take them to eat/drink/be merry. (Do you still do Olive Garden? [Where Winston said they went on a weekly basis.])

CK: I do still love Olive Garden and, in fact, just celebrated my 35th birthday there with a delicious order of Chicken Parmesan and as much salad as I could shovel down my throat. But if visitors are coming from out of town and they have recently dined at their own Olive Garden back home, I like to take them to the Four Seasons hotel bar where we can get drunk and watch upscale prostitutes try to pick up older businessmen. And if it's a slow night at the Four Seasons, you can just follow the Beverly Hills prostitute track to Sidebar or the Peninsula. All great bars, all great pro-watching.

LAist: Do you have a favorite writing spot in LA? An office away from your office?

CK: I write on my couch in my underwear. But I find myself frequenting Soho House for booze and lunch quite a bit. Sometimes I'll mix it up with Steak and Potato in the Beverly Center or one of my all-time favorite restaurants: Mandarette. The best vegetable fried rice I've ever had in my life. And I'm anxiously anticipating the grand opening of the Chick-Fil-A in Hollywood.