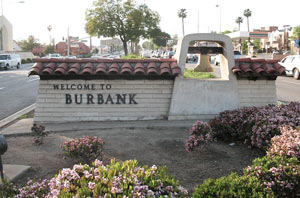 Photo by jorizaga via LAist Featured Photos flickr pool.
A Burbank man is in custody on $1 million bail after beating his wife to death by striking her in the head with a chair leg.

70-year-old Joseph Robert Brancato was charged with murder in Pasadena Superior Court on Friday. He was arrested early Tuesday morning at his home after police found his 65-year-old wife Marie bleeding profusely from the back of her head.

The woman's death remains under investigation. It would be the first homicide in Burbank since 2009, according to police.

Neighbors said police visits to the Brancato household were not uncommon, according to the Burbank Leader:

Joseph Brancato has a history of alleged violence, according to police records and neighbors. He was arrested in January 2010 for allegedly hitting his wife on the head, according to a Burbank police booking report. And Quesada said police had been called out to the home previously for “arguments and violence.”

Brancato's arraignment was rescheduled for July 21 in downtown Los Angeles.