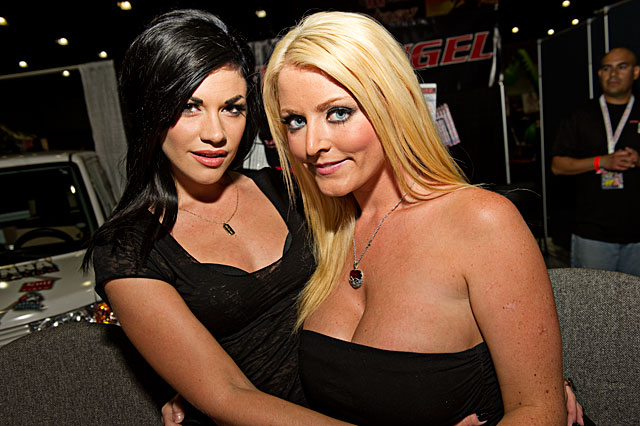 There's so much sex at the Convention Center that one adult conference promoter has claimed it's being fucked over and is pulling out. Adultcon canceled two of its three shows slated for next year at the L.A. Convention Center.

Adultcon is expected to attract 30,000 visitors to its three events later this month but is scaling back in 2012 due to the city's refusal to bar competing conferences from getting theirs during the same time frame. Exxxotica and the Everything to Do With Sex Show are booked within weeks of the 2012 Adultcon trifecta leading Adultcon organizers to cancel two of its three shows.

"It's confusing for the public and it's bad business for us," Renaud West, vice president of Adultcon said in the LA Times.

Adultcon's next show will take place July 29-31, followed by Exxxotica on Aug. 26-28. The Everything to Do With Sex Show was held in May.

Meanwhile, representatives of Exxxotica and The Everything to Do With Sex Show claim Adultcon is just being soft by canceling two of its shows.

"Adultcon attempts to be our competition but, to be honest, we don't see them anywhere but in our rearview mirror," J. Handy, director of the trade show company that produces Exxxotica told the Times. "We are the Mall of America and they are the flea market down the street."