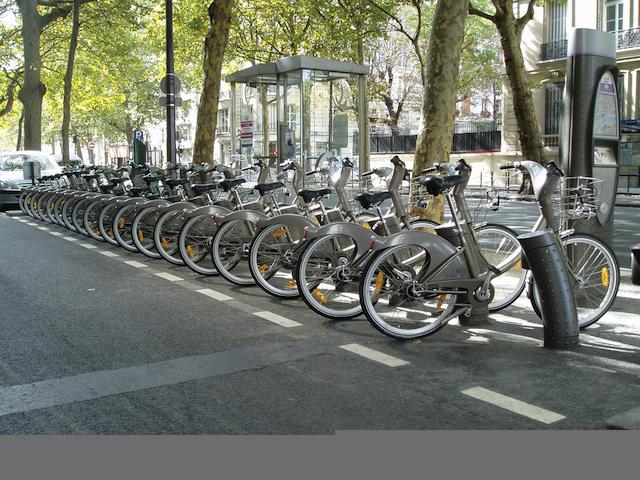 With an end-game of every Angelenos having access to a bike path within one mile of their home, Mayor Antonio Villaraigosa ordered department heads on Friday to take immediate action in a coordinated effort to "build a 1,680-mile bikeway system and make the city more bike-friendly," according to the Daily News.

"The Bicycle Plan will help improve the quality of life for every Angeleno, by providing another clean transportation option for their daily commute, improving the quality of the air and make it more accessible to lead a healthy, active lifestyle," Villaraigosa said.

The mayor became the city's unofficial poster child for bicycle safety last July, after he took a tumble and broke his elbow when a taxi pulled in front of his bicycle while he was riding along Venice Boulevard.

Funded by Measure R transportation-dedicated sales tax, federal grants and other sources, the new order demands 40 miles of bikeway construction each year, "a fourfold increase from the previous construction average," according to the mayor's office.

"We have been working more than five years to get this plan in place and it's important that the mayor is telling department heads that they need to consider bicycles in their planning," said Councilman Bill Rosendahl, in praise of the directive. Vice chair of the city's Bicycle Advisory Committee, Glenn Bailey, also appreciated the order, noting ,"This is what we have been working on for years."