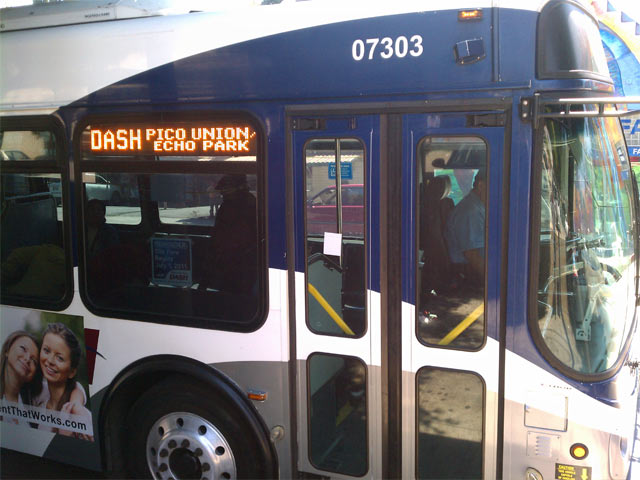 Photo by Andy Sternberg for LAist

DASH public bus riders are seeing a steep fare hike on their routes today. OK, steep only as a matter of percentage as the L.A. DOT-operated busses increase fares from 35 cents to 50 cents.

But who can't scrape up a few extra nickels each day? After all, as LADOT conveniently announced on this week, commuters are more satisfied than ever with its services.

DASH took about 28 million riders across downtown and 27 other neighborhoods last year, according to the Daily News.